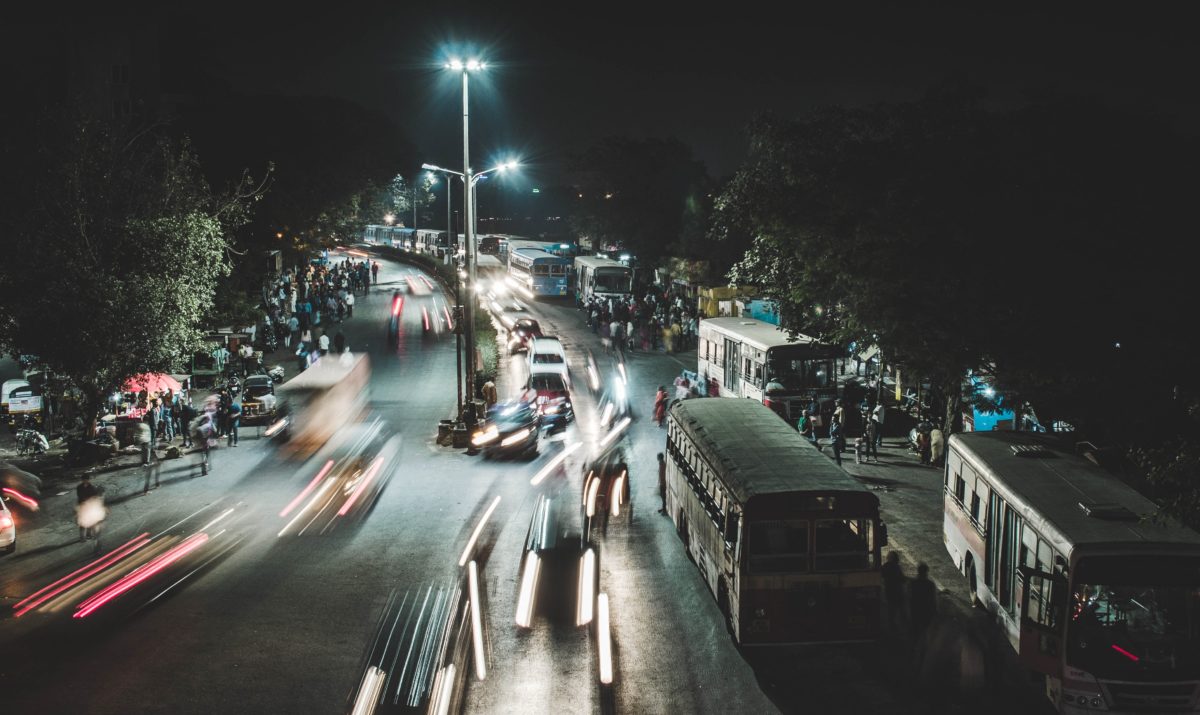 “There’s your backpack,” the Lord said to me as I walked past a pile of garbage sitting at the end of the sidewalk that connected to my apartment building. I was walking to the Shores base to meet our team to leave for street church in the city square. My mind was thinking about the two other things I couldn’t forget to grab which was the clothes donation and the food basket that I had arranged to bring a single mother of two children who would be waiting for me at the square. As I was walking, I passed the typical spot where a trash pile would be gathered. It’s the spot that almost daily I see persons of economic poverty sifting through looking for treasures. Sometimes it’s that pile of trash that animals have ravaged looking for food. Suddenly, as I passed by this day’s trash pile, I saw (somewhat nicely separated) a little girl’s pink school backpack. That’s when the Lord spoke, “There’s your backpack…”

About two weeks prior I had asked the Lord to send me a little girl’s backpack. The same single mother I was preparing to bring food to had sent me a message asking if we had a backpack for her daughter. Adrielle had just turned eight. School starts at the end of January. Her mother currently has no means to give her a backpack. I told her I would see what I could do. I decided to ask the Lord to send me one. I left it up to the Lord as to how or what. I waited to see if I would receive an extra offering to buy a new one for her or if the ministry would receive one suddenly through a donation. I had the faith the Lord would send it. I just didn’t know how. It was at that moment that I passed by the backpack in the garbage pile and did a double take after I heard the Lord speak, “There’s your backpack.”

I kept walking. I had not even been thinking about the backpack. For a split second I said, “What, Lord?” He replied, “You asked me to send you a backpack for Rose’s daughter. There it is.” At this point, I looked back a third time from the street to see the bag, wondering if an angel would suddenly appear and remove the backpack. I felt this was God’s provision, but also a test. I argued with the Lord for about 3 of the rest of the 6 minutes that it took to walk to the base. “Lord, you’re not kidding, are you? You want to give me the backpack in the trash pile as a gift to the people who already have nothing? You want me, in front of the people on the street, to put my hands in the trash pile, pick up the backup, and joyfully and thankfully bring it back to the base as if I found a precious treasure!”

I would have. I absolutely would have. Yet, I was too insecure in that moment. The Lord knew my hesitation. I stopped one last time in the middle of the street debating whether I should turn around. I, with an inner conflict, decided not to. I resolved to make a deal with the Lord. I told him as soon as I get to the base, I will drive our ministry vehicle back to the spot, jump out quickly and grab the backpack. The reality was that I was trying to save face by thinking that people would not be able to identify me well enough by vehicle. I suddenly got the impression that the bag would not be there afterward. I still resolved to keep walking with the hope that I had heard the Lord wrong and that I was creating my own drama.

I got to the base. I went as soon as possible by vehicle to retrieve the backpack. It could not have been more than a total of 20 minutes from the time I walked past the bag and the time I returned to grab it. Upon arrival I had been so convicted that I jumped out of the car without any hesitation of who may have seen me approaching the trash! With a pit in my stomach, I got closer only to realize my impression was correct. I felt I missed my opportunity. As it was, the pink backpack was gone. It was nowhere to be found. I sighed and slowly got back into the car, saddened. Tears filled my eyes as I realized the consequences of my disobedience. I immediately apologized to the Lord and although I knew He received my repentance joyfully, the Holy Spirit said, “Next time it would be better to obey.”Now, perhaps you are thinking, “Dani, it’s just a backpack in a pile of trash. You’re overreacting. It’s not like your disobedience caused someone to die.” Or maybe you’re thinking, “Dani, you are too hard on yourself. Your tears were unnecessary.”

There’s more to the story…someone recently had given me a book that recounts testimonies of a well-known minister who does incredible works in some of the poorest nations of the world. Numerous times I sat with the Lord weeping as I read about the poverty stricken circumstances and injustices. Although I have been doing mission work for years, served in several other countries, and tangibly aided and worked with the economically poor since an early adolescent, I react to almost every new story as if it’s the first time I’m hearing the news that poverty exists. In the last couple weeks I had been taking notes of all the names of the cities and countries that the Lord impressed upon my heart through that book. One of the them is the Payatas dumpsite in the city of Manila in the Philippines. Click on the link to read about it and see pictures.

As I wrote the name of Payatas on my printed version of a world map tucked inside my Bible, I cried, “Lord, I’ll go there too. Send me.” This is certainly not the first time that I have cried out with the desire to go to the trash heaps to bring the love and light of Jesus..it just happens that God chose this time to test me…

It was not too long after that the Lord affirmed what I already long held as a conviction, “There are treasures in the trash pile, Dani. The poor understand this. You will have to be able not just to say yes, but to enter the trash pile in order to find my treasures.” My heart sinks and rejoices simultaneously as I recall His words.

You see, the Spirit of God is crying out, “Are you hurting and broken within? Do you thirst for a drink from the well? Jesus is calling! Oh, come to the altar! The Father’s arms are open wide! Forgiveness was bought with the precious blood of Jesus Christ!” (See Elevation Worship)
…it’s not lovely to walk in dumpsites. It’s only lovely when you find the treasures to which you can share the good news!

Now, you understand.. It was not just about my obedience to receive a gift for someone else-a little girl’s backpack. It was my ability to say yes to the small trash heap by my apartment knowing that the larger dumpsite awaits me.

(By the way, I’m confident God’s mercy will meet my former disobedience. I am praying he sends another backpack. I believe that God will not hold my error against Rose’s daughter. She will get a backpack somehow, I’m confident. Perhaps this time it will be a new one! Stay tuned.)

To learn more about Danielle and her ministry, Click Here!