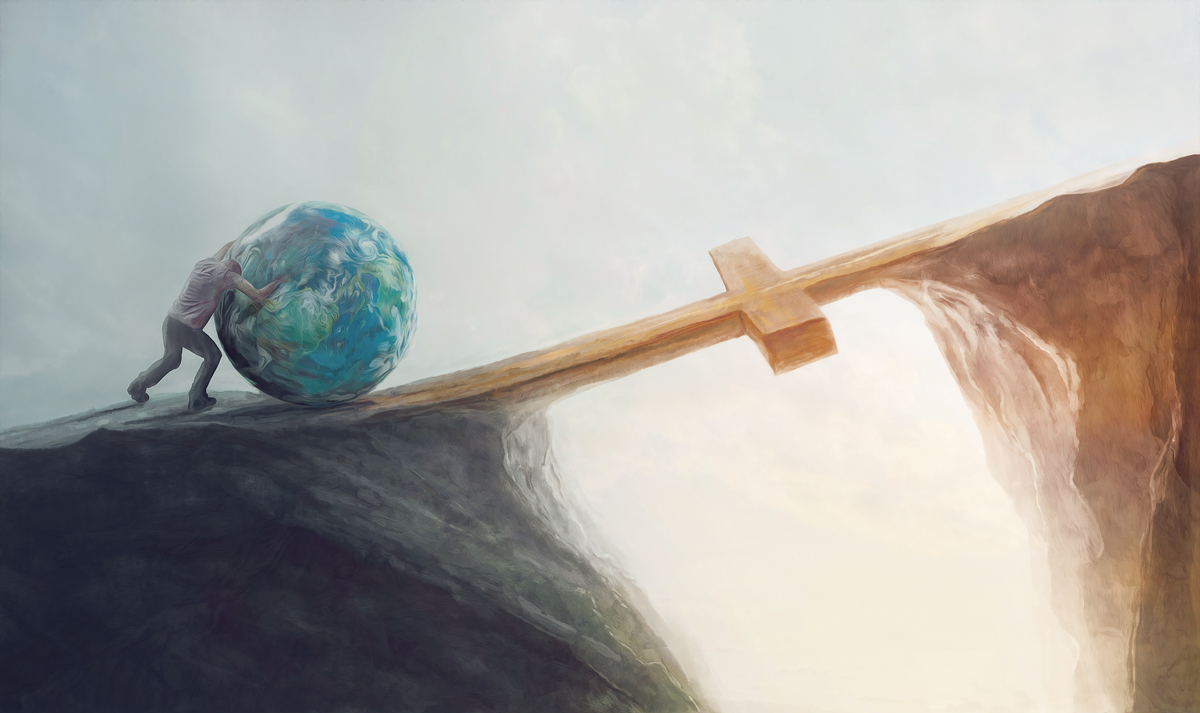 A soft sound hovers in the tops of the trees these mornings. It’s the 17-year cycle of the cicada making its presence known. Soon, when the heat and sun rise higher in the sky a deafening buzz will fill the air.

I’ve lived through three cicada events here in Cincinnati. As a child, I would catch three or four and tie each with thread around its legs, then tie them together and watch them fly clumsily around in the backyard. At other times, I’d try to shoot them out of the tree with my little Daisy repeater BB gun; I was a pretty good shot. My accuracy, however, did nothing to curb or lessen the creeping masses in the trees. The husks of their former selves hung on every bush and tree.

I remember trying to help a struggling nymph break out of its exoskeleton by peeling back the shell revealing the plump wet body and crumpled wings. Once I had freed it, it just lay there helplessly, hardly moving on the picnic table. It wasn’t responding like those emerging on the tree trunk nearby.

In my child’s mind, I figured the cicada just needed to dry out, so I got my magnifying glass and focused a large halo of sunlight over top the wrinkled form, not trying to burn it, but simply to warm and speed the process. I grew tired and soon went back to playing. An hour later, I noticed that the cicada wings were filled with fluid and only partially unfolded; its body was still soft and weak. In those few minutes, I had inadvertently harmed that little guy when I was trying to help. 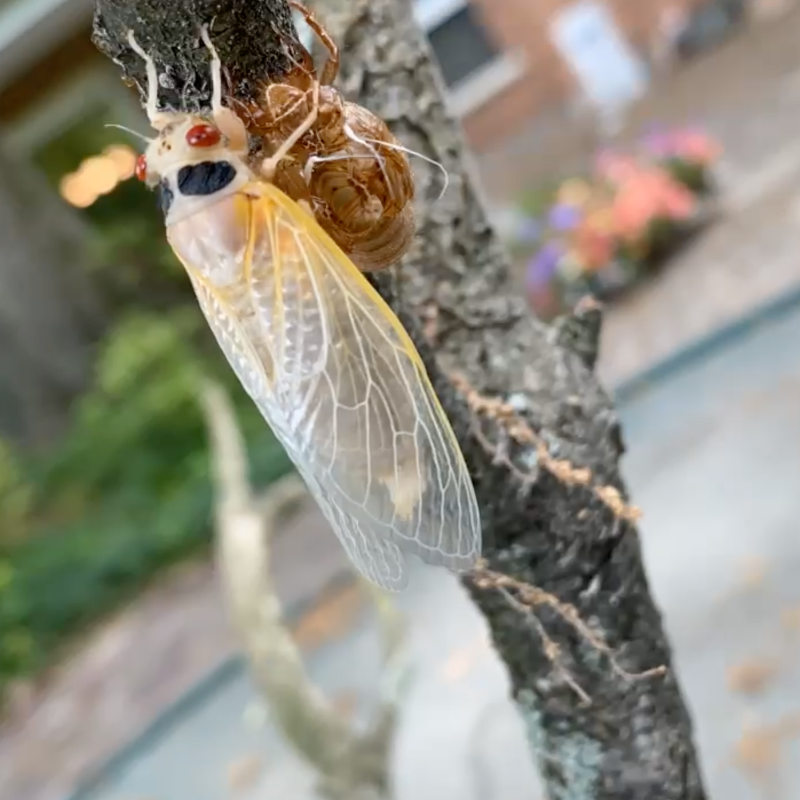 Only later did I come to realize that I had interfered with the transformation process. Cicadas need the struggle of digging through the soil, breaking through the exoskeleton, and climbing up trees to strengthen and harden their wings and body in order to fly and sing to complete their life cycle. Without the struggle they don’t develop into maturity.

Seems like a life metaphor for all of us. While it’s hard to watch the ones we love struggle, sometimes the best help is to do nothing. Shouldering a burden meant for another robs them of the very thing needed for growth. Then why do I so often want to shield it from others?

It’s instinctive to want to help, but often it’s best to wait, like the cicada, letting the process unfold on its own terms and timing.

I remember a time when our kids were just starting to drive. An evening with friends 30 minutes away ended with a flat tire on our son’s car. That should have been no problem, as I had supplied the car with a spare tire and had showed him how to change it several times when the need had arisen, but I had always done it myself.

The call came as I was going to bed and, upon hearing the situation, I yawned and said, “Well, just put on the spare, drive home, and we’ll deal with it in the morning.” It seemed like an easy solve to me. “Uh, I don’t know how to do it, Dad, I mean I know where the parts are, but I’ve never actually changed a tire before,” was the response. Seeing the dilemma I asked, “Is there anyone else there that has changed a tire?”

A quick ask around the friend group yielded no help. Apparently, their parents had either told them how, showed them how or simply said call AAA. But no one, including myself, had let them struggle with doing it themselves. My good intentions were of no help at all.

We didn’t have AAA, so I got dressed, drove the 30 minutes, jacked up the car, changed the tire in the dark, and drove back home. I remedied that lack of competency in the weeks ahead, giving hands-on lessons for the next time.

Most of its life the cicada lives underground, growing and maturing completely out of sight. He is completely forgotten until the 17th year, when temperature and timing intersect, and something completely new emerges. What’s unseen becomes visible, what has been silent is now heard by all.

In the Bible the boy, David, was anointed by the prophet Samuel while still taking care of his father’s sheep. Samuel marked the beginning of a divine timeline in his life, a life that would epitomize triumph and struggle repeatedly. From the slaying of Goliath and the praise of thousands, to living as a fugitive from King Saul, afraid for his life. David would eventually step into his calling, having been proven through the struggle. Interestingly, some have calculated that David lived 17 years in waiting before he was made king over all of Israel. Sometimes just waiting is the struggle. 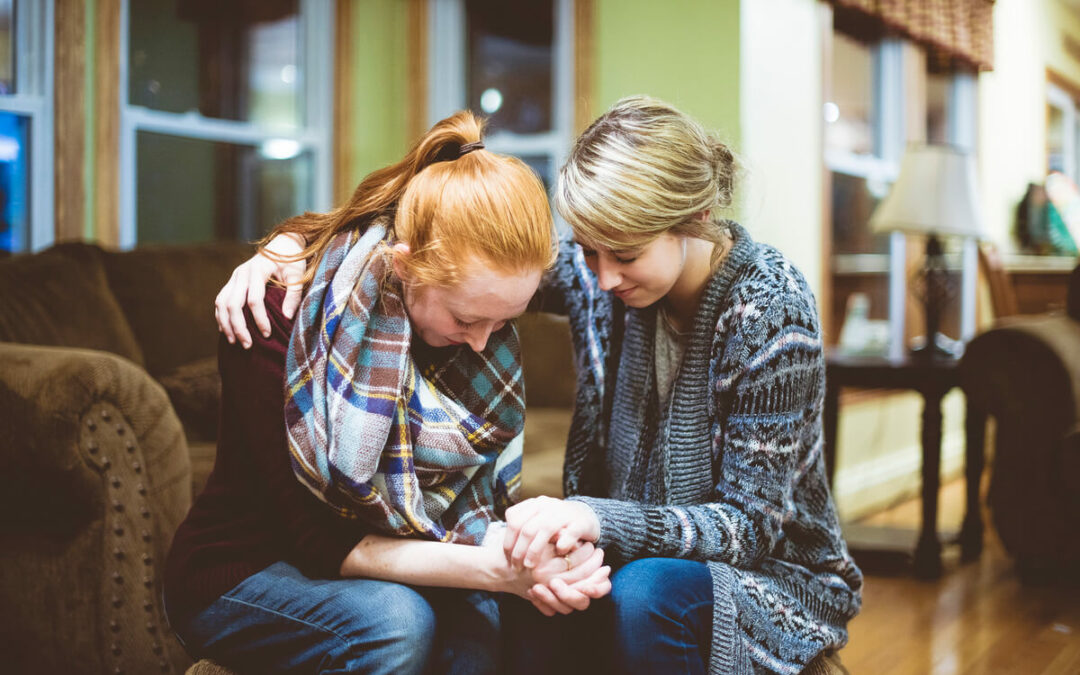 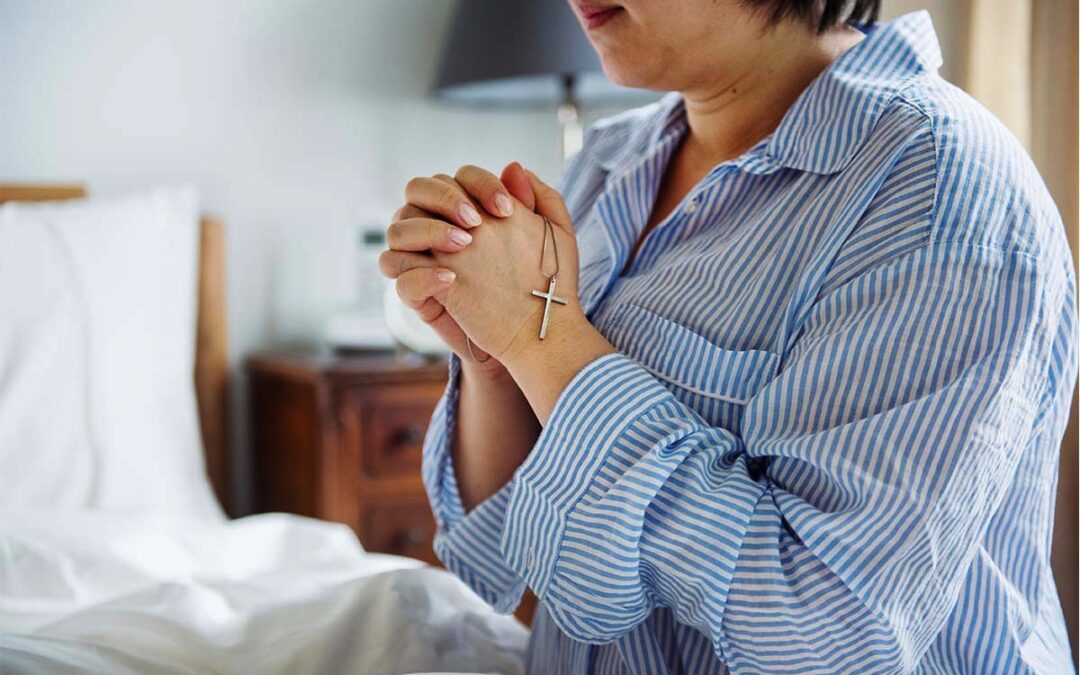 There is freedom of religion in Japan now. And yet, I sense it every day that I’m in Japan, that so many Japanese have a sense that Christianity is not for them, not their cup of tea. 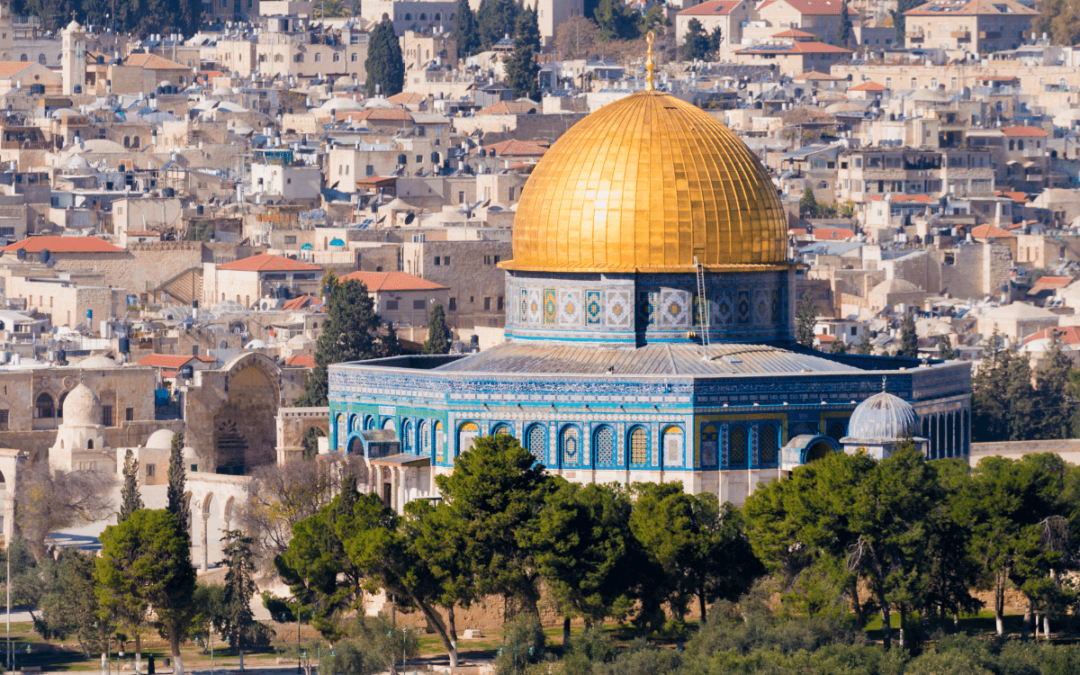 The outbreak of terror and violence in Israel has gripped the world lately. Although news headlines are everywhere, it can be difficult to understand what is really taking place, especially from an eternal perspective. 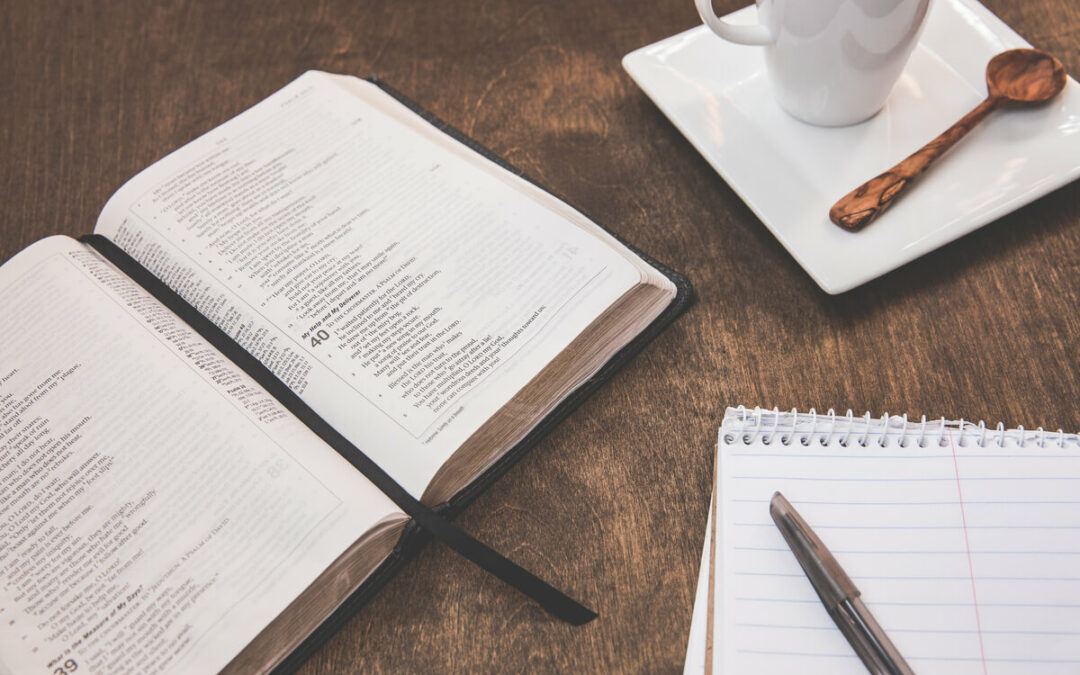 3 Things to Remember When Reading or Studying the Bible

I remember when one of my Sunday school teachers told me that he had read the whole Bible all the way through: I was stunned! Such a large book and he had read it all! 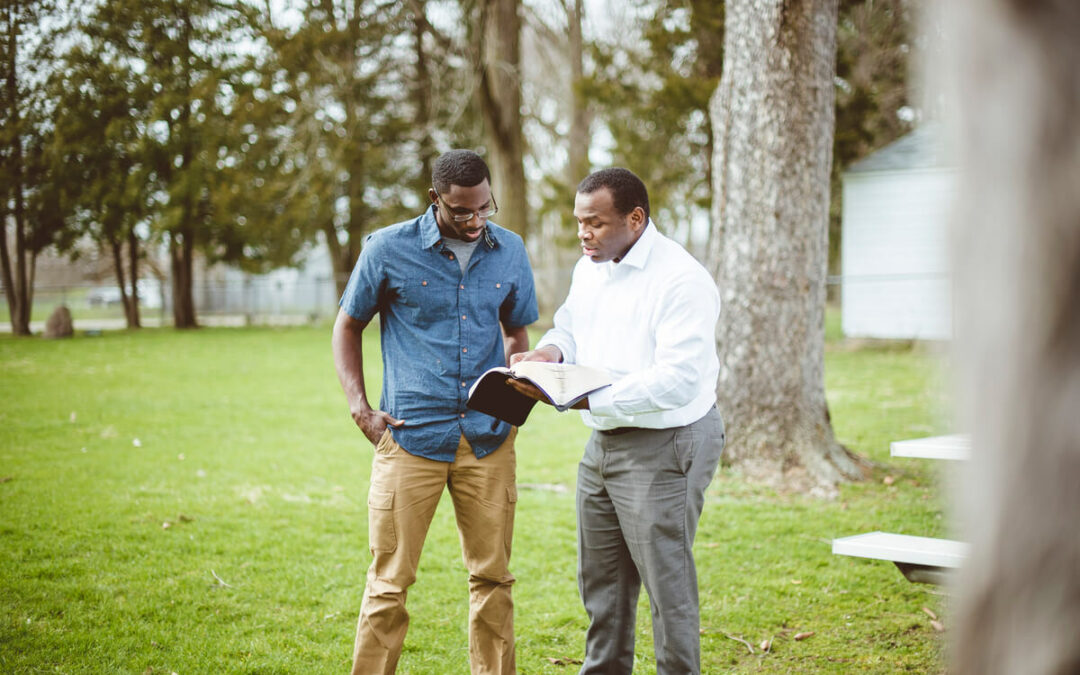