A Red-Eye Flight Leads to a Gut Wrenching Encounter 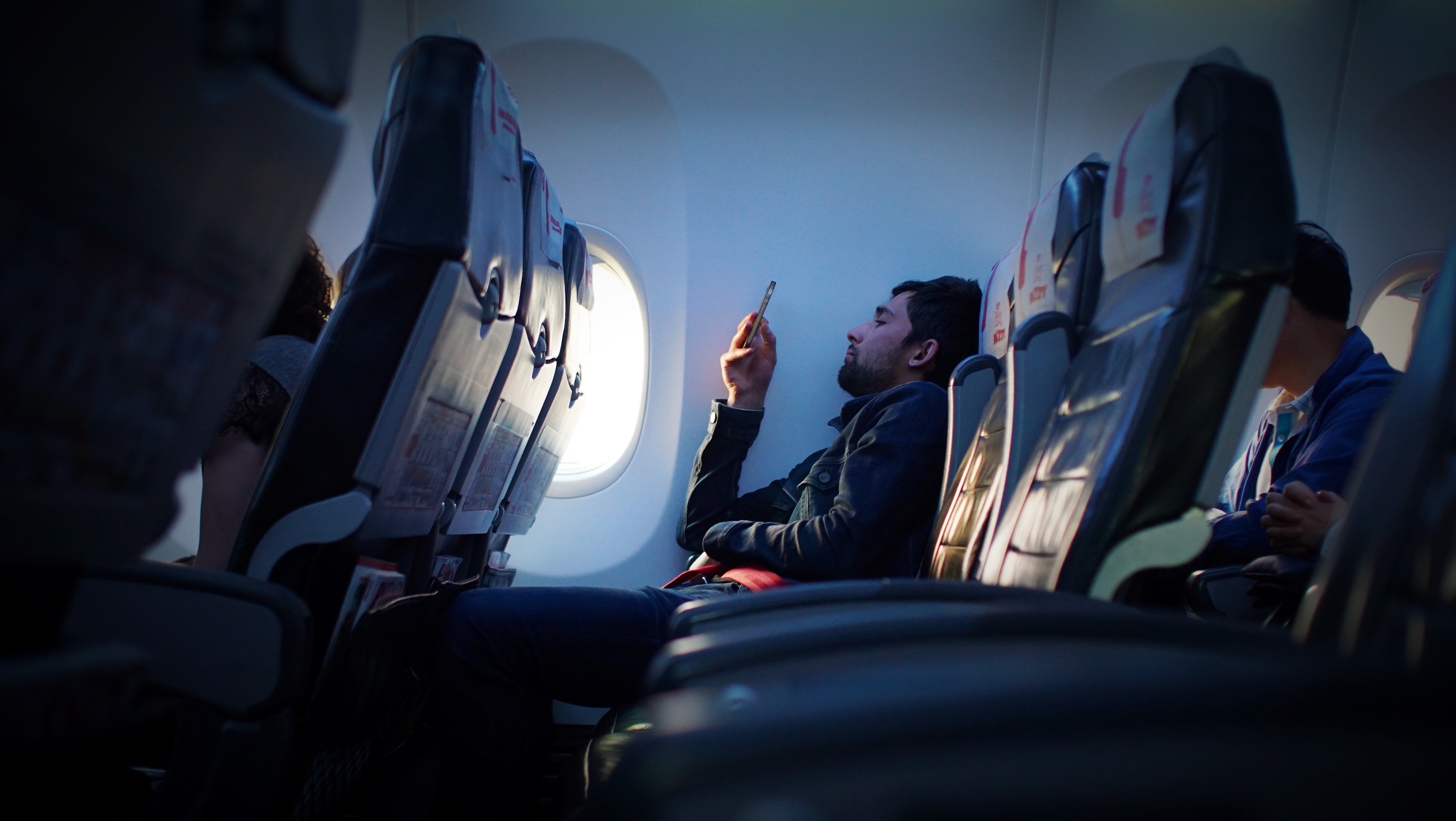 As I boarded the plane for my red-eye flight from Peru back to the US, I would have never imagined the encounter I was about to have. As I was getting situated in my seat, I noticed this very tall gentleman board the plane. After some time getting his luggage stowed, he sat down in the exit row directly in front of me. The space to the left of him was empty, so at a quick glance I could see almost anything he was doing.

When he was finally situated, I noticed him pull out his phone and immediately started looking at scandalous photos of women and started inquiring about them via chat.

I thought I was going to vomit!!

I could not sit by and do nothing.

Over the eight hour plane ride. I processed and prayed over the situation. I earnestly leaned into the Holy Spirit and asked His guidance in the matter.

I knew at some point I was going to speak to this man, but I was just unsure of how to initiate the conversation. It was very intimidating to say the least. He was a very large man. I would say nearly 6ft 5′ and 230 pounds, solidly built.

So much of me wanted to shrink back and simply pray for this man and this situation, but I knew more needed to be done.

As the plane began its descent into the DFW airport, I made up my mind that I was going to approach this man at the baggage claim.

After landing, we slowly made our way to the baggage claim where God opened an opportunity for me to approach him.

I at first just struck up a normal conversation with him. I told him that I had overheard that he was going to Guadaljara, Mexico and asked him about the city and what he liked about it, etc. As we talked, I felt the conversation was going well, but I knew I needed to shift the focus at some point.

Then the Holy Spirit led me to share with him that while we were on the plane, I was praying for him. He looked at me very suspiciously, but replied, “Thanks, I’ll take what I can get.”

I then shared with him that I felt God wanted me to tell him to read the book of John in the Bible. He then turned to me with an intrigued look on his face and said, “What does that book talk about and why would I need to read it?”

This was my open door to share the love of Jesus with him!

I briefly told him the story of Jesus and how this book clearly illustrates the restorative plan of Christ for all humanity.

As I was sharing these things, he was considerate, but distant. Either way, he accepted what I said and thanked me for the conversation.

As he walked away, I immediately felt relief but also doubt. To be honest, I did not feel like what I communicated was enough and it was by no means eloquent.

How could I be sure that what was communicated would lead to him to the Lord and would also spare those precious girls he was perusing and communicating with on his phone?

As the days have passed, I’ve prayed many times for him as well as for those girls. As I have now had time to reflect, the Lord has spoken to my heart about sowing seeds. How He is the harvester and we are the planters.

I pray that someone else will come along after me and take a stand and pour water on those precious seeds.

I write this article about everyday life so that everyone who reads it will stand with me!

Stand with me to bring light to darkness.

Stand with me to share the gospel in the face of intimidation and fear.

Stand with me to love this world and give our life as Christ gave His.