A Rising in Lebanon 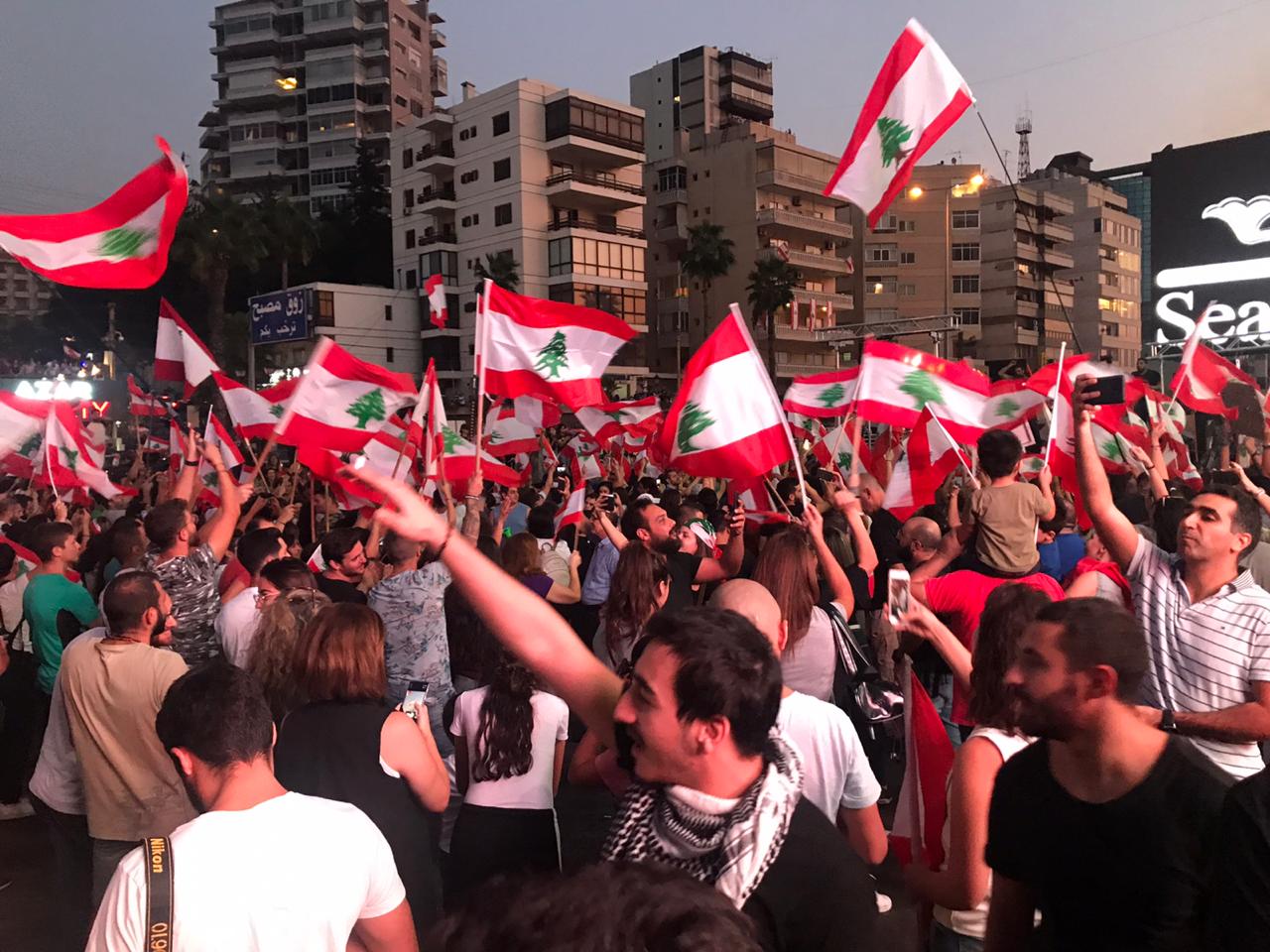 Frustration is boiling in Lebanon.

Plagued by war and government corruption, the Lebanese people are done. Over the past several years, there has been rationed electricity, water shortages, gas strikes, an unstable currency and an unemployment rate of 50%.

But to top it off, the government recently announced that they were going to impose a tax on the networking app, Whatsapp.

To give you a clearer perspective on why this is significant, I don’t purchase minutes for calling or texting on my phone here. I purchase data because Whatsapp is my primary method of communication. This is the same for the Lebanese people.

This announcement made Lebanon hit the roof, or the streets to be exact. The people have said, “enough is enough” with government corruption and have decided to take action.

Over the past seven days, over two million people have filled the streets in protest. Many main roads are blocked, shops and schools are closed and if you’re working it’s most likely from home.

The atmosphere is charged. Whether you attend the protests or are just driving around Beirut, you can feel the excitement of the people demanding change. Where there was once an underlying depression, there is a pride rising up and refusing to take anymore.

As a foreigner, I am often asked where I’m from and I reply, “I’m an American.”

To this, their response is always the same, “Why are you here? I wish I was in your country.”

Every time I heard it though I understood it on a shallow level. It broke my heart to hear the Lebanese people wanting to flee and live in my nation. My nation… when I love theirs so dearly.

But now the roads are flooded with protesters dancing (a very Lebanese way of protesting) and chanting for their country. These same people, who were once telling me that they wanted to live in my nation are now proudly waving their country’s flag and demanding a greater Lebanon.

It fills my heart with so much joy.

Though there has always been something to Lebanese pride, this pride has been crossing barriers, barriers of religion and society. It is creating unity, a unity that I hope will not be shaken. One that I will pray remains and bring this nation to the unity in Christ.

As the protest continues, we are constantly praying that it remains peaceful. We know that within a minute, powers from underneath could attempt to make it into a riot.

Please join us in praying for Lebanon.

“Is it not yet a very little while until Lebanon shall be turned into a fruitful field, and the fruitful field will be regarded as a forest?” (Isaiah 29:17)

The Lebanese people are not a soft people, they are hospitable and warm and welcoming but not soft. They are strong, they are bold and they want change.

Please pray with them as they look to forge the Lord’s future for this nation. Pray that the Lord’s hand remains over these protests, that they remain peaceful and that His name will be lifted high from this nation. These promises are real for this nation and for the region of the Middle East. Join with me to see Jesus be the ruler of this country and that the Bride of Christ will arise from Lebanon.

For more information on Kelsie and here ministry, click here.