Bold Prayers: Healed From A Tumor 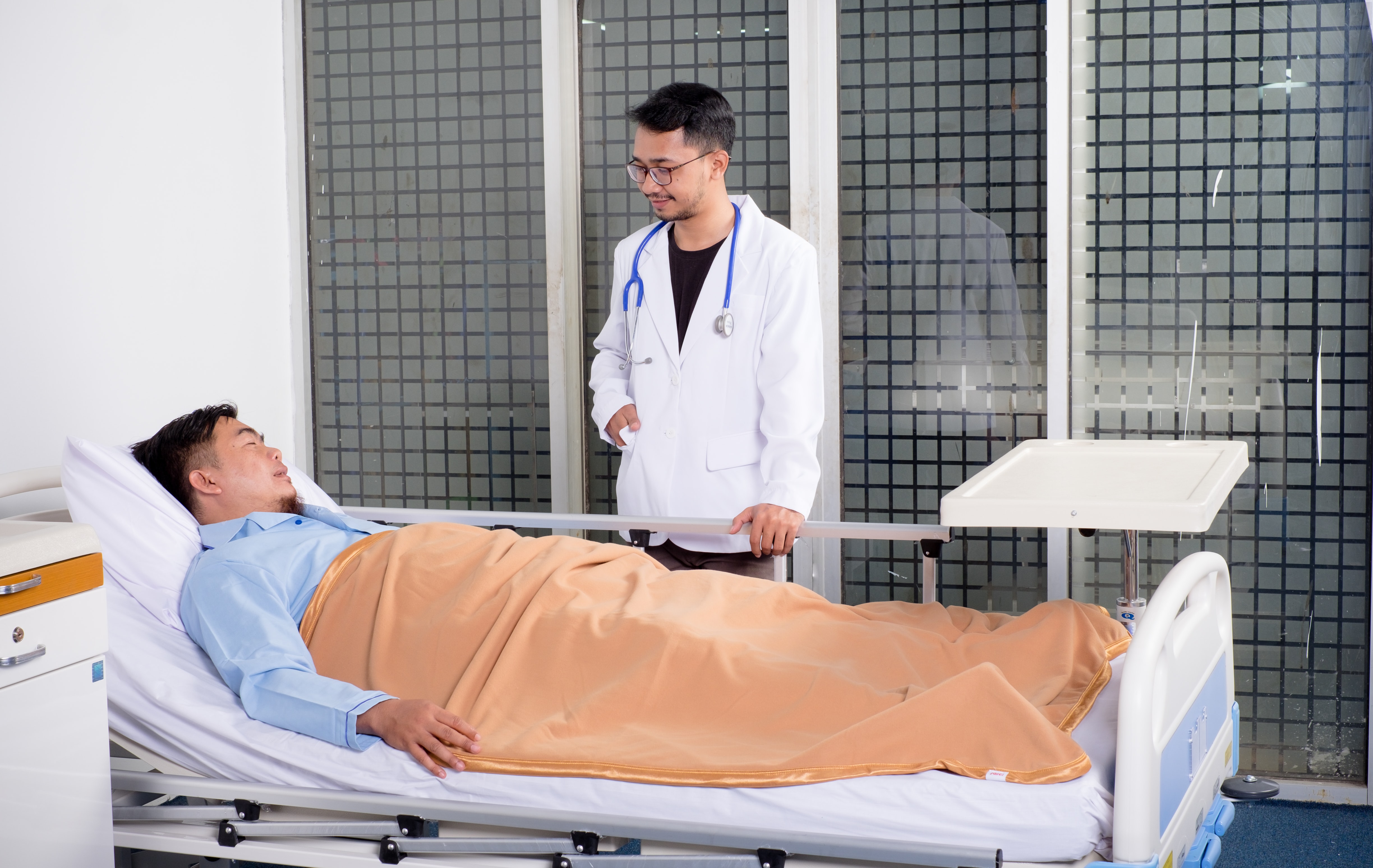 Have you ever been in a situation where you know you should do something, but you’re afraid of what someone might think of you if you did? Maybe they’d think of you differently, be offended or even write you off as someone they want nothing to do with.

I’ve heard it said before, that what you fear the most has already happened to you. And rejection is usually at the top of the list. It’s the first voice of reason from keeping us from doing the most loving act believers can do for others.

And to be even more specific, I’m implying something deeper than the typical “Hey I’m praying for you”. I’m talking about praying for someone who is clearly hurting from emotional or physical pain. In doing this, we remind people that they are not alone and we get to help usher God into the midst of their storm.

I previously worked with a gentleman who was a freemason. He was a very quiet man with tattoos all over his body and neck. Most of our conversations were about cars, but he would periodically keep me updated on some of his heart related issues as well as a cancerous tumor that was found on his neck.

One day, I had overheard that his wife was trying out a local church and she loved it! The next week I came to find out that he was wrestling with this strong desire to renounce his oath as a freemason.

But after renouncing his oath, he came face to face with many questions.

Where did this conviction come from? Why was it so overwhelming?

I couldn’t believe it and I felt like God was nudging me to talk to him. The next day I found him during his break and asked him about it. We talked for a bit and it was still a surface level conversation until I felt convicted to pray for him.

So, I just point blank asked the question that popped into my head, “I know you’ve been talking about church and Jesus lately, but have you fully given your life to Him?”. He paused and began to look straight at the floor and when he looked up, tears began to pour from his eyes.

He told me that he wants Jesus, but is too afraid. I asked what he was afraid of and he replied,

“If I give my life fully to Jesus, the Devil is going to kill me! I know it! When I became a freemason, I took an oath where I held a knife to my heart and a knife to my throat and said If I share any secrets it would be the death penalty. I shared them with my wife and that’s when the tumor on my neck formed and started eating away the bones to where I have metal rods to replace my neck bones. And it keeps coming back!”

The Devil was literally decapitating him with this tumor! A fire stirred up inside of me and I wasn’t going to allow the devil to interfere with his life anymore. The devil’s time was done. I told him,

“The devil lies and wants you to believe those lies to keep you from the One person Who can save you. Jesus. He’ll take care of all of this! The creation cannot be more powerful than the creator. God has given us the authority as sons and daughters to tear down the works of the devil. “I’m going to pray with you and then I’m coming after that tumor in prayer and we are going to see it go away and not return!”

We then prayed and he accepted Christ as his Savior! With tears flowing, I knew it was time to pray for his tumor. In full faith, I prayed and commanded the tumor to leave and for him to receive mobility back into his neck despite the rods he had in it. We prayed twice, he checked his neck a couple times and it suddenly popped! He could previously only turn his neck 10 degrees, but now he could move it 45 degrees in every direction!

I’ll never forget the look on his face! He couldn’t believe it!

The tumor was GONE!

Jesus did it! My co-worker was healed! The plans of the enemy were over! But the most amazing miracle? He surrendered his life to Jesus!

That’s what we get to do as believers! We get to introduce them to a loving God that can heal their physical pain, emotional turmoil and bring breakthrough and peace into their soul. All because He loves them!

As we begin 2020, I challenge you to ask yourself, what if I weren’t afraid anymore? What if I chose to believe in who God says I am and stopped listening to the voice of fear?

Scripture tells us that miraculous signs follow those who believe. One of those signs is placing hands on the sick and they will be healed. You may think, what if someone doesn’t get healed? My response to that is, “but what if someone does?” We must be rooted in TRUTH and not in our experiences when it doesn’t happen. We keep praying for the next one and the next one after that. If we can take the pressure off of ourselves and build our faith with the expectation that God is going to move, we would be unstoppable in our pursuit to pray for everyone.

Let’s begin this decade unafraid. Go share the good news with your neighbor, with a stranger or coworker and don’t forget to pray. Believe in who you are in Jesus and carry that authority with you wherever you go! And when you do that, I propose that you will begin to see miracle after miracle after miracle.