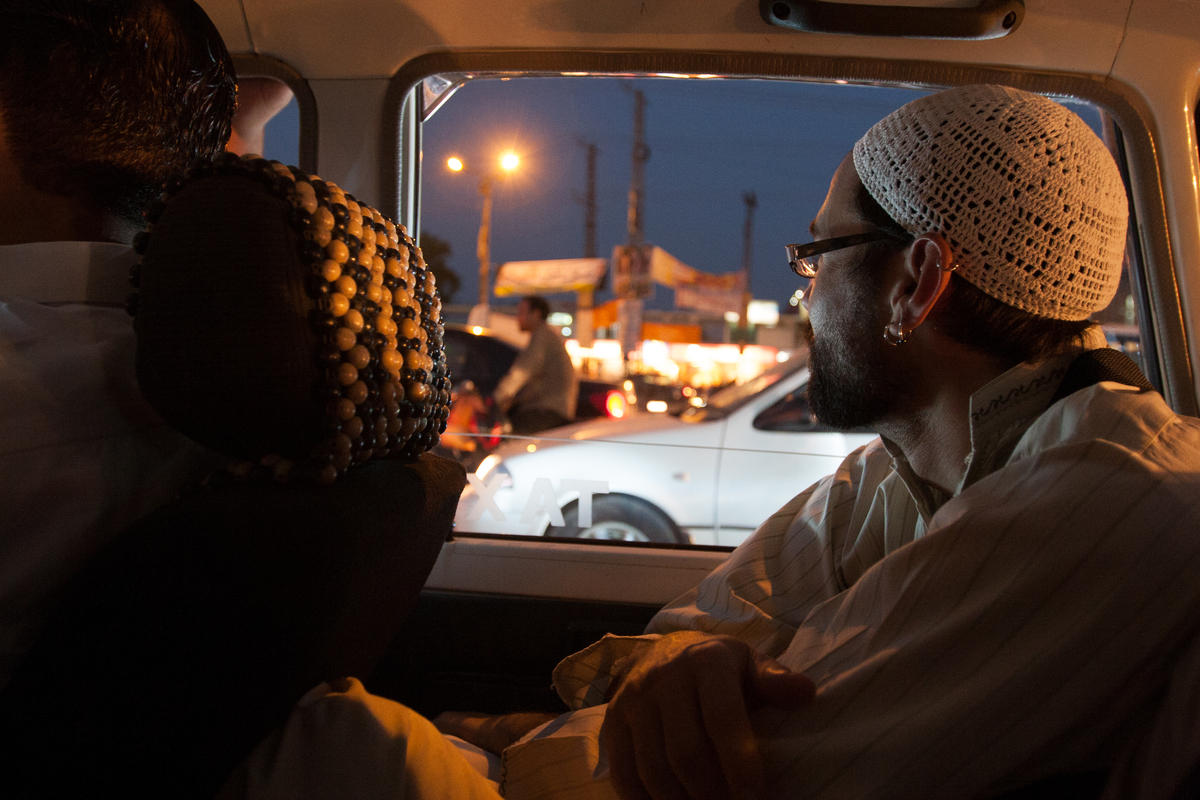 My father grew up as an orphan having lost parents at an early age. In life, he had to achieve everything himself without anyone’s help. Having received the profession of geological engineer and getting married, he and my mother moved to a small town, mainly populated by Russians.

I was born in a Muslim family, since childhood my mother instilled in us the foundations of Islam, despite the fact that atheism was spread in society during the Soviet Union and any expression of faith was subjected to condemnation and punishment. The spiritual void and crumbling political system plunged society into ruin, where alcohol and drugs became a means of escape from burdensome problems.

My father began to drink and became addicted to alcohol. He beat mother and all of us, four children for the slightest offense. My older brother also began to consume alcohol and beat us when our parents were not at home. The house became the most unsafe place where I did not want to return after school. From an early age, I began to think about the meaning of life and I was often visited by thoughts of suicide.

Once on TV, I saw the program “700 Club,” where people talked about how Jesus healed, gave hope and changed lives. My parents were in the room, moving closer to the screen, closing my eyes, I repeated the prayer of repentance. Thus began my new life with Jesus. I wrote to the address indicated on the screen and they sent me the New Testament. Jesus became my hope and the meaning of my life. For the next two years, I grew in my faith in Christ, maintaining hope for the best in the midst of the tragic events in our family.

After graduating from school, I went to university and began to travel to another city. That year, on New Year’s Eve, my brother died in a fight. He died in my mother’s arms on the way to the hospital. It was a terrible tragedy for our family. Pain, fear and questions began to torment me. It seemed to me that I was completely alone in the whole country, believing in Christ. I so lacked friends who would share my faith and who could encourage me. Four months later, a group from a Bible school came to our university to share about Christ. I was looking forward to the end of the meeting to ask them to help me find a church.

I started going to town on Sundays for service and a month later my father found out from my mother. On the day I was to be baptized in water, I stood at a bus stop waiting for a bus. Looking back, I saw my father approaching me rapidly with a rod in his hand. He drove me home and beat me, tearing from my walls my drawings depicting heaven and God. I did not feel pain when my father beat me, but after all I cried from the fact that he did not see the hope that I found in God. All two years, God closed his eyes to what I watched on TV, which hung on the walls in my room. Broken by grief over the loss of his son, aware of the shame that he will face because of my faith, he brought my mother, they knelt down beseeching to renounce my faith. Inside, I knew that I could not live without Christ, He was the only reason to continue to live … Inside, there was a firm conviction that baptism in water would forever confirm my faith, whatever would happen to me. I asked my father to let me go to church for the last time.

I was baptized in the river, having dried my hair, I went home. I needed fellowship of the believers so much, and now that I have found believers like me, I had to give it up. I decided to leave home and wrote a note to my parents and passed it through my girlfriend. In it I wrote that I am a Christian and if they cannot accept this, I will not return home. My parents returned me home, but my father has not talked to me untill his death, which suddenly overtook him after 9 months.

It has been 25 years since. My mother is still a Muslim, and I continue to pray for her salvation. My sister accepted salvation, as well as the wife of my younger brother and their son, who is 15 years old. My grandparents, as Muslims, read the New Testament and listened with pleasure to stories about Christ. Grandfather also read the Children’s Bible, and told stories to his grandmother. My family lives in a remote village where there is no community of believers. God saves Muslims around the world and shows them his love and mercy. Let us remember to pray for them in this month of Ramadan.

**Due to sensitivity of this missionary’s location, he does not have a public profile on our website. But if you would like to make a financial contribution to his Mavjuda’s ministry you click here and you’ll be directed to a link where you can give to him directly.