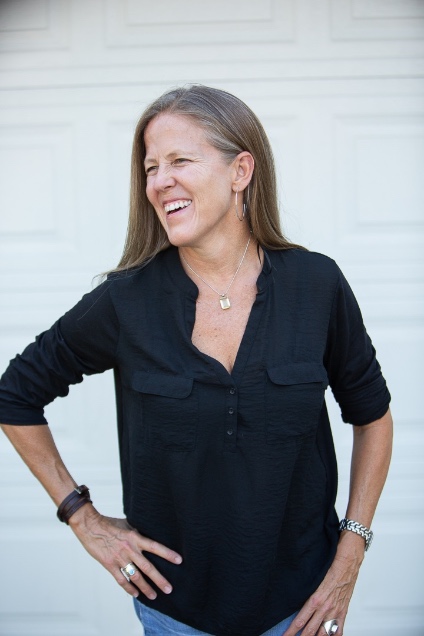 My passion for ministry comes out of my own story. By embracing God’s truth, I walked out of homosexuality and into freedom in Christ!

My desire is to make a way for others seeking freedom in addition to equipping the church with compassion and understanding.

I moved to Redding, California in April of 2019 to work with Equipped To Love (ETL), a partnering ministry under Moral Revolution at Bethel Church. ETL seeks to serve and equip individuals, family members, friends and church leaders impacted by sexual identity confusion.

My heart is to see people set free, to see God’s ideas of sexuality restored in people’s minds,

to see shame go to hell and see hope come back into view.

My Roles with Equipped To Love

Lead a discipleship class for our team, students & staff,  to equip & raise up leaders.

Build a worldwide community of individuals with a story of leaving LGBTQ.

Speak out against bills that would

force those who have a different worldview of LGBT to condone & support homosexuality & transgenderism choices, or face lawsuits & fines.

I was recently added to "CHANGED, #ONCEGAY STORIES"

By purchasing a book through me, it helps me to continue my work with Equipped to Love and the CHANGED Movement.

Email me directly to purchase a copy! carmen@carmenvaught.com

CHANGED is offering hope and bringing connection to hundreds of people around the world. Through CHANGED, people are hearing the good news of God's love, and are finding a supporting family and network or ministry that offers help. CHANGED continues to reach into places of tenderness as well as of influence. Copies are being spread through friends and families, offering hope to countless loved ones.

About the CHANGED Movement 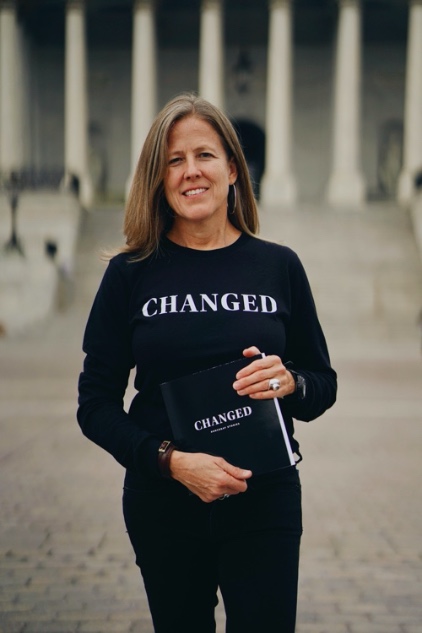 I urge you to read this letter from my directors of CHANGED and to ask God how you can engage.

We need your prayers, resources to continue this work, and your voice in your state.

Did you know that right now 1,000s of men and women across the world are seeking alternatives to the LGBT subculture and are following their religious faith into a new life? But legislation across the world is aggressively blocking avenues for mental health, wellbeing and especially religious liberty for all of us who are walking away from LGBT experience.

We are the most reviled and censored minority in America today and few are courageous enough to make stands on our behalf. It has become acceptable in culture and the liberal media to “hate” us and call us “bigots” as we seek to protect our rights to religious liberty. Churches that offer us support and hope are being targeted. Our publicly advertised assemblies and conferences face picketing, violent protests and even death threats. We are being censored. Books of our testimonies that describe healing approaches and hope have been removed from Amazon. Often our social media posts are removed or barraged by vitriolic outbursts.

Will you help us protect pathways out of LGBT?

CHANGED Movement is a network of men and women with unwanted same-sex attraction and gender dysphoria. With deep dismay we are watching bias and bigotry slander thousands of individuals who simply desire to follow their personal convictions with integrity. As with LGBT rights, all of us who no longer identify as LGBT also deserve freedom from discrimination. Bans on counseling choice or religious principles cause harm to those of us seeking to follow our personal convictions.

So-called “conversion therapy” is poorly understood and subjectively defined. In many cases, legislation banning “conversion therapy” blocks the very means we found to be effective in attaining personal well-being—through counseling, prayer and spiritual disciplines. There are thousands of individuals who are seeking help to live according to personal conscience whose well-being will be threatened by condemnation of these practices. Those of us at CHANGED have chosen NOT to identify as LGBT, many of us have also experienced dramatic change in our sexual orientation (sexual fluidity) or gender. Several of us have detransitioned, having had surgeries or hormone therapies only to later regret having done so. Please protect our rights to leave the LGBT subculture and live quiet lives according to our convictions. States are closing doors for well-being to people like us who are seeking and experiencing change. Every therapy ban that passes says to us: you may never escape the subculture to follow your convictions and find peace.

Article 18 of the Universal Declaration of Human Rights reads:Everyone has the right to freedom of thought, conscience and religion; this right includes freedom to change his religion or belief, and freedom, either alone or in community with others and in public or private, to manifest his religion or belief in teaching, practice, worship and observance.

In accordance with The Declaration, we ask that you protect the freedom to choose how one expresses sexuality as well as the freedom to pursue change in one’s orientation, which is in alignment with the evidence of modern science1. People who have sought and successfully gained change in their sexuality have always existed, yet there has never been such extreme intolerance against us.

Ken Williams, co-founder of CHANGED:"I was plagued with suicidal tendencies because I didn’t want to live the life that my same-sex attraction was leading me toward. The talk therapy I received from a professional counselor saved my life. My sexual desires have changed, I have now been married to my wife for 13 years. We have four children together. I am connected to thousands who have left LGBT behind. Many of us were suicidal, having experienced broken relationships, abandonment issues, and sometimes physical or sexual abuse. Laws that ban counseling choice promote only one ideology...and force only one lifestyle as a way forward. But, many of us, oncegay, didn’t find fulfillment in our homosexual relationships! Laws like these so-called conversion therapy bans threaten our safety, autonomy, and pursuit of happiness. We do exist! Many people choose, for one reason or another, to leave an LGBT life behind. It is scary to imagine a world where government ideology controls a person’s options...what therapy they can or cannot receive, what sexual identity they must pursue, or what religious beliefs they are allowed to follow.

”We beseech you, in your pursuit to protect the lives of thousands who identify as LGBT, please also consider those of us who deserve equal protection and the choice to live out our sexuality according to our personal convictions.

Thank you for your consideration,

1 Andrea Ganna et. al “Large-scale GWAS reveals insights into the genetic architecture of same-sex sexual behavior” Science Magazine Science 30 Aug 2019: Vol. 365, Issue 6456, eaat7693 DOI: 10.1126/science.aat7693This GWAS indicates there is no genetic difference between heterosexual and homosexual individuals. Instead, culture, environment, social norms etc. are the biggest predictor of same sex sexuality:“In aggregate, all tested genetic variants ... do not allow meaningful prediction of an individual’s sexual behavior. Comparing these GWAS results with those for the proportion of same-sex to total number of sexual partners among nonheterosexuals suggests that there is no single continuum from opposite-sex to same-sex sexual behavior.”

Video below was produced by CBN News.

Elizabeth Woning and Ken Williams are the directors of Equipped to Love and co-founders of the CHANGED movement. 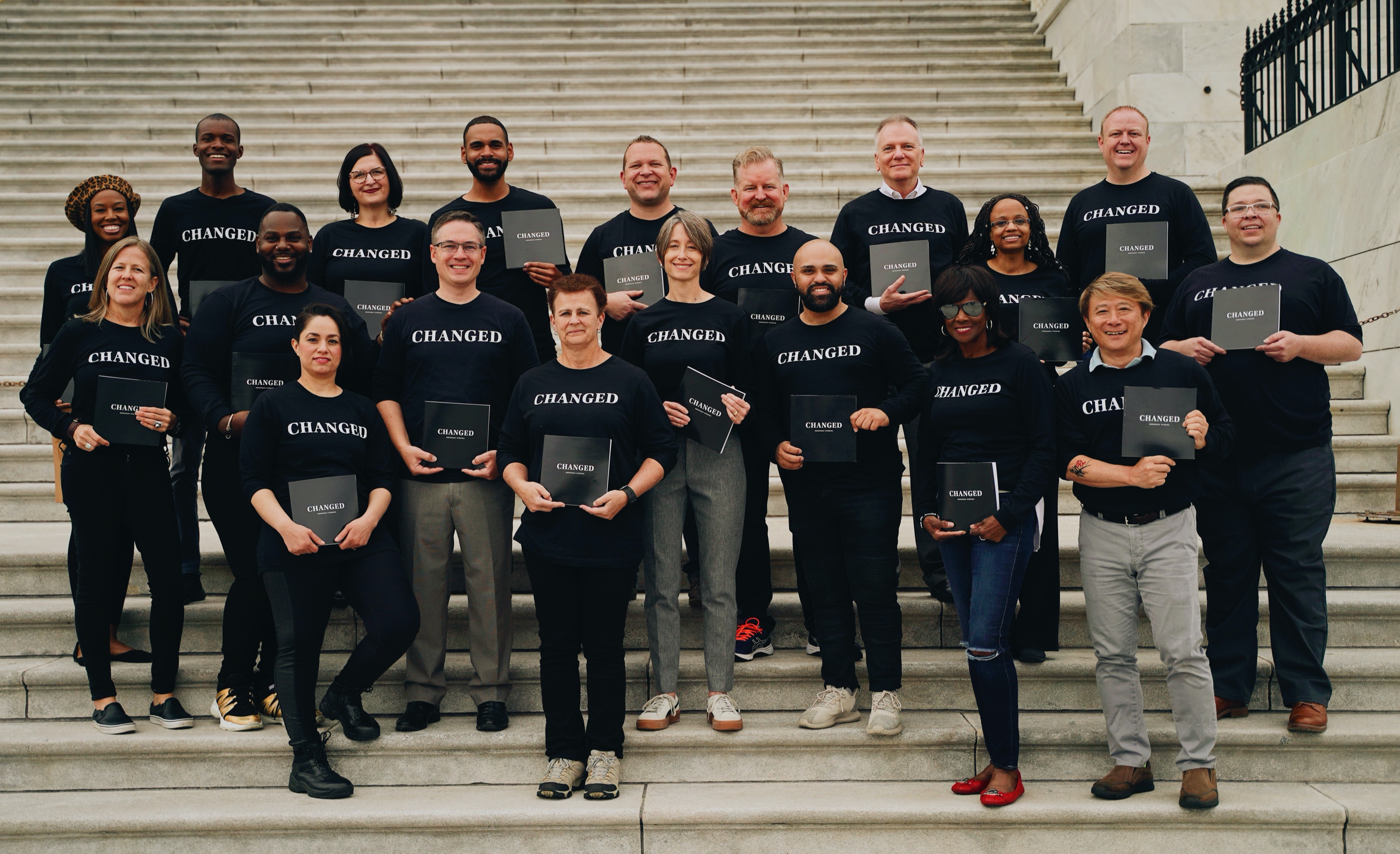 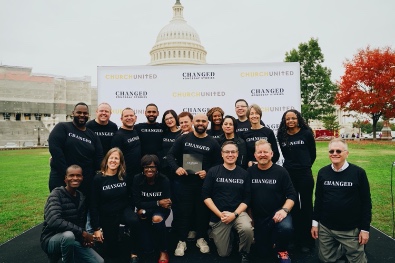 On September 14, 2019 I gathered with a diverse group of Christians from across the USA who have been delivered from LGBTQ lifestyles.

The purpose of this event was to connect with fellow over-comers, reach out to the LGBTQ community in the city, to bring hope of deliverance and point them to Christ!

The week was so encouraging and joyful!

We had heard of increased opposition surrounding this event, but we did not see one protestor!

Here's a great video recap from LifeSiteNews and an article from The Christian Post.

In addition to volunteering with ETL,
I am a freelance photographer with 20 years experience in the corporate field
and over 10 years in humanitarian work.
Behind the lens shares an experience of the 39 countries I have visited over the years.
To find out more about the adventure, please click the link below. 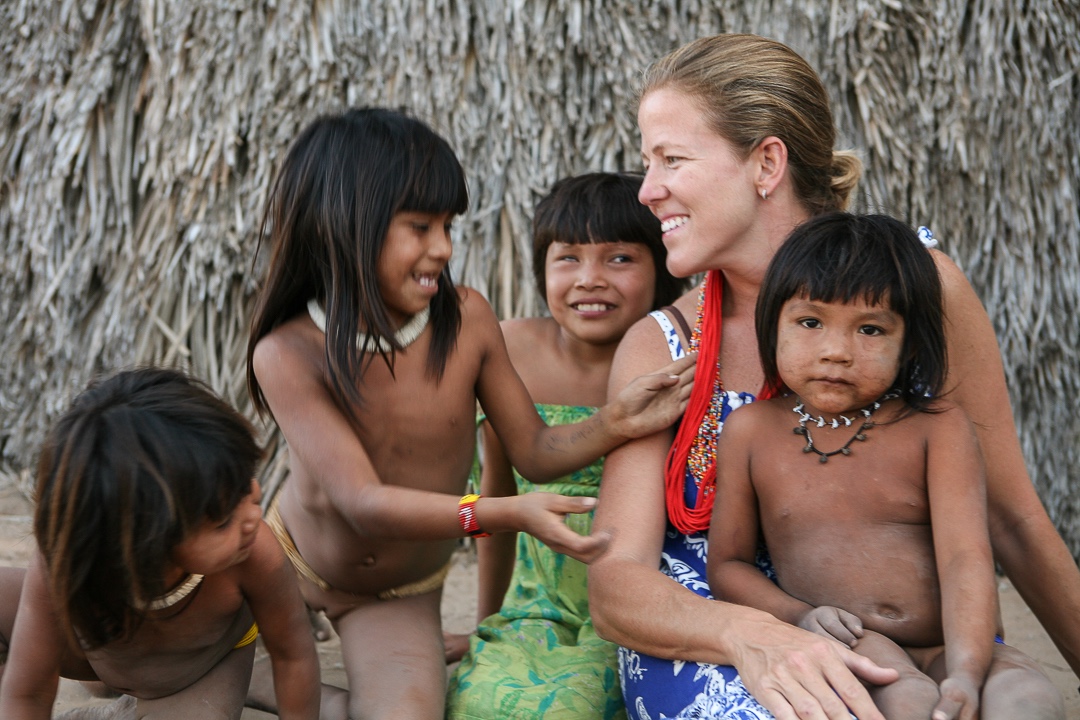 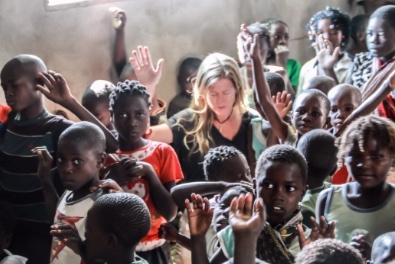 Want to Be a part of the story?

Join my team and let's go on an adventure!
JOIN MY TEAM

I love hearing about what God is doing around the world and I love to travel, so you never know where we will meet! 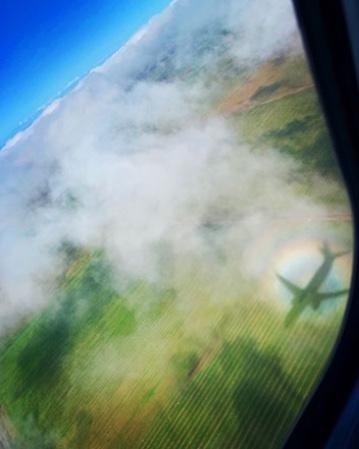 Please partner with Carmen Vaught by giving a one-time or recurring monthly donation: