Jesus, I plead your blood over my sins and the sins of my nation.

Danielle’s mission is to see 3200 churches step into God’s redemptive storyline and rise up as abolitionists to see abortion end through prayer and adoption. Over the past 12 years, Danielle faithfully led several prayer meetings for the ending of abortion, studied the adoption process, and served adoptive families in her local community.

Danielle graduated from Michigan State University in 2009 and has been involved with empowering several college ministries, organizing regional prayer gatherings, and planting houses of prayer across the nation. Danielle also has experience in missions and began an international project in Ethiopia. These ministry opportunities have led Danielle to establish The Wall Movement; a network of ministries empowering churches to pray and adopt.

During Danielle’s college career, she attended The Call in Washington D.C. (a day of fasting and prayer for revival in America) and was gripped with God's heart for the ending of abortion and the beginning of an adoption movement. Following The Call, Danielle began having countless dreams regarding this topic. She responded and stepped into the Lord’s invitation to full-time intercession and ministry in 2009.

Danielle is a mouthpiece for this generation and carries the burden of the Lord for the Church of America to walk in pure religion (James 1:27). She is convinced that that every believer is called to be part of the adoption movement whether through prayer, adopting a child, giving financially, or serving an adoptive family. Danielle's message is an invitation into the Lord’s heart, to feel how He feels for the unborn. She is filled with faith that abortion truly can end in our generation. 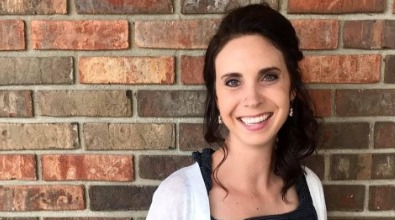 Please partner with Danielle Helmer by giving a one-time or recurring monthly donation: