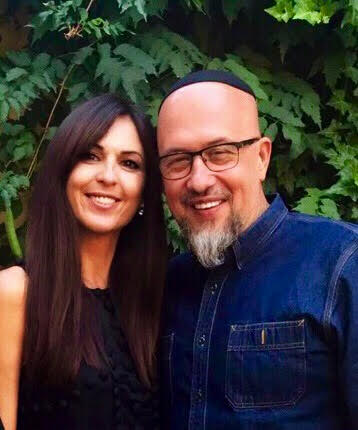 IMPORTANT UPDATE March, 2022: Please give towards our Ukrainian refugee war relief AT THE donate LINK ABOVE.scroll down to sign up for our eblast updates!Since the February 24, 2022 invasion of Ukraine by Putin, the Svionteks and JPI  have been featured in the following media outlets: Big Country News in Abilene, Texas NBC5 News in Fort Worth, Texas FOX4 News in Dallas/Fort Worth, TexasGateway Center for IsraelFor our most current information, please follow our JPI Instagram and Facebook pages!

A GODLY LEGACYAfter the fall of Communism in the mid-1990’s, a tremendous wave of revival broke out in the former Soviet Union. Among the many salvations were Jewish believers desperately in need of Biblically sound, Messianic-based discipleship and training. To help answer this need,  Dr. Wayne and Bonnie Wilks were sent out to Ukraine from Shady Grove Church to begin the first Messianic Jewish Bible Institute school. Valentin and Tatyana Sviontek were called to go as well and moved back to their native Ukraine from Texas to assist the Wilks’.Valentin and Tatyana were well equipped for the task.  Prior to immigrating to the U.S. and attending Bible school, both were raised under Communism in the former Soviet-controlled Ukraine.  Both came from Jewish families, and both professed faith in Yeshua as teenagers. They met at a youth camp for believers shortly after coming to faith, which ironically was located in the very city that MJBI would have its start outside of Odessa in 1996!

When MJBI began expanding internationally, the Sviontek’s ministry did as well, especially in  Asia, Europe, Africa, and Israel.  Still they remained the key overseers for the flagship school in Odessa. In 2003, Val and Tatyana felt led to plant a Messianic congregation in Odessa, Or HaMashiach (Light of Messiah) to help meet the growing needs of the Messianic community. Today Congregation Or HaMashiach  has grown to over 400 weekly attendees, most of whom are Jewish, with a vibrant outreach to the city. Early in 2020, when MJBI transitioned into the Gateway Center for Israel, the responsibility of the MJBI Odessa school was transferred over to Val and Tatyana’s care. This successful training center has now been renamed the School of Messianic Leadership (SML).  The city of Odessa has a Jewish population of over 100,000, but most are still unfamiliar with their Messiah Yeshua. But through the ongoing ministries of Or HaMashiach  and the School of Messianic Leadership, Val and Tatyana will continue to raise up leaders who will minister to this Jewish community and beyond in Yeshua’s name.TODAY’S OPPORTUNITIESThe Lord has continued to open MANY doors of opportunity locally, nationally, and internationally for Val and Tatyana. To streamline these efforts, the Sviontek’s have now organized their expanding ministry influence under the banner of  Jewish Partner Initiative.

Partnership, Education, Planting, and Care in Yeshua’s Name“And answering, the King will say to them, ‘Amen, I tell you, whatever you did to one of the least of these My brethren, you did it to Me.’”            Matthew 25:40 TLV

Strategic Ways We Will Fulfill Our Vision“The crowd asked him, “Then what are we supposed to do?” “If you have two coats, give one away,” he said. “Do the same with your food.””Luke 3:10-11 MSG

Towards One New Man

is an initiative of Messianic Jews and Christian churches toward the salvation of Israel in the Former Soviet Union, Europe, and the Land of Israel.

People That Care for Israel

is a ministry for elderly people in Israel  creating “Friendly Homes” with the goal of introducing them to Messiah Yeshua in their latter years.

is a ministry of education and practical development of Zimbabwe’s budding Messianic community through entrepreneurial business and rural economy & agriculture innovation.

is a ministry that involves congregational planting, youth and childrens’ ministry, evangelism, leadership retreats, and Jewish cultural and musical outreaches.

Thank you for prayerfully considering how YOU can participate in reaching the Jewish people through an investment in Jewish Partner Initiative under Val and Tatyana Sviontek.Subscribe to our newsletter for monthly updates!