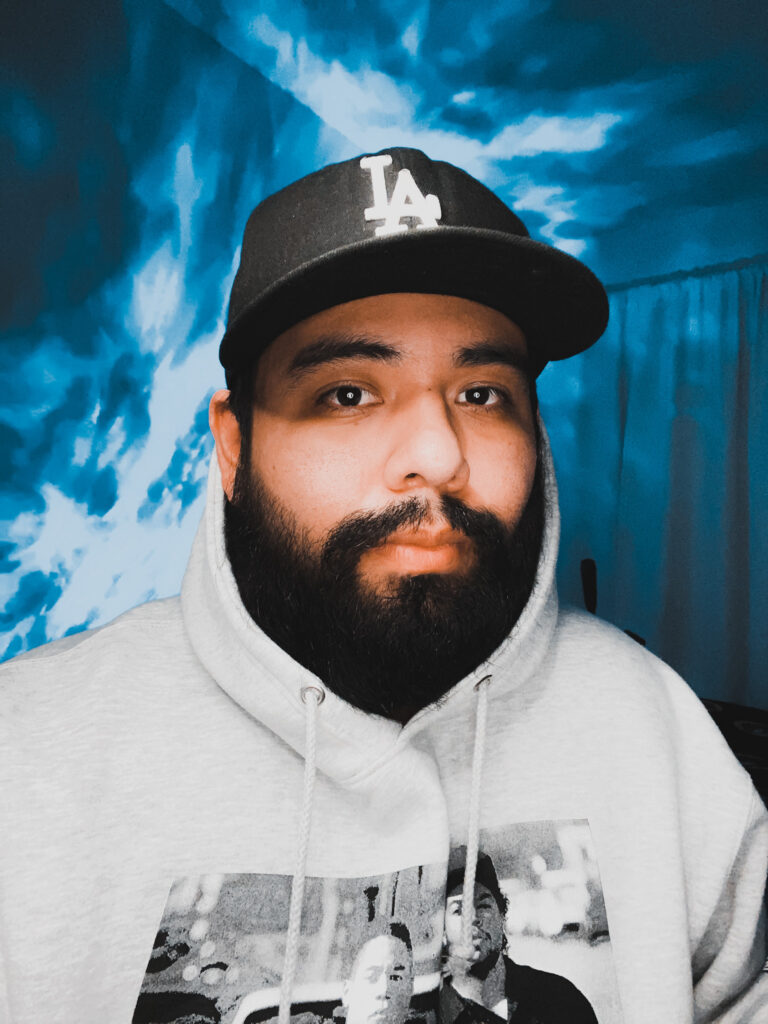 reaching every high school student one video at a time.

Hello, my name is Manny Gaitan. I am a full-time Missionary with One Voice Student Missions in Dallas, Texas. I have been serving with One Voice for the past 7 years as lead Graphic Designer / Creative Director. I was born and raised in Los Angeles, Ca. In a small city called Van Nuys. Ever since I was a little boy, I can remember having a strong sense of leadership and business abilities. I would spend most of my early childhood days with my dad selling everything from weight loss supplements, kitchen appliances, etc. As I grew older, I knew that there needed to be more people who were believers in the market place so since then the Lord has been preparing me since my early 20s in developing community, foundation, and a lifestyle that is unto the Lord. Coming imy mid-20s I know that it is time to put into practice every idea that the Lord has given me from social media, marketing, merchandise, and invite the holy spirit into the midst of all it. I went from being a lost teenager with so many dreams to a young adult who loves Jesus, but also wants to see the marketplace encounter the lord.   When I joined One Voice back in December of 2014 at the age of 18 I was pursuing a career in Business / Fashion that will have to lead me to move to NYC little did I know that God has different plans for me. I was not following the Lord, even though I grew up in church I wanted nothing to do with Jesus, I was so focused on leaving Los Angeles and make it big time. That same year I was getting ready to pursue my dream I met a man by the name of Brian Barcelona. Brian became the big brother I never asked for, he started asking me so many questions about my life and walk with God. Although I wanted nothing to do with God something about him wanting to get to know me made me want to become his friend. When I stepped into the One Voice office for the first time he asked me this “Have you ever done graphic design?” I said yes. “Have  you ever done websites?” I said yes. I totally lied because I never had any experience with it, but all I can remember is that he believed in me more than anyone in my life ever had. That same year I decided to call the school and reject their offer of attending their Business/Fashion school and ended up with One Voice as a baby graphic designer with hardly any experience but with a full yes. As the years went by the Lord worked on my character as I was serving and building the creative side of One Voice Student Missions. It has now been 7 years later and I am now fully saved and in love with Jesus. As a 26-year-old young adult, my focus now is to see the digital and marketplace saturated with believers.One Voice now has a fully operating Creative Team that manages all visuals, social posts, and more. I currently serve as a full-time graphic designer and creative director for the ministry. I have now stepped into reaching GEN-Z with the gospel through TikTok, Instagram, and other platforms through The Jesus Clubs Accounts. We have also added an extra page call The Jesus Clubs Español which has a primary focus on reaching GEN-Z in Latin, South, and Central America. My heart is not just to spread the gospel through the digital space in the US but even Internationally. Coming from two parents who immigrated here to the US I knew that I would have to work double hard to make them proud and show them that God can use a kid from the hood his glory without compromising.

One Voice is a non-profit ministry that exists to see youth saved, discipled, and sent. We have reached students in public high schools for the last decade through our Jesus Club program and have trained churches and faith groups all over America in our model. In 2020 we transitioned into digital missions as many schools began to shut down. The results that followed blew us away. God is not done with students. Gen Z wants Jesus!

As Creative director of One Voice Student Missions, I oversee and manage all the aesthetic and functional pieces of design, branding, and visual communication ensuring that each area comes together in a way that adheres to each platform’s brand standards. I work alongside our Creative Team to push forward the message of reaching young people through the digital space. This can involve anything from marketing ads, merchandise, videos, and social media. In addition to this, I am currently the senior graphic designer for our ministry.

The Jesus Clubs exists to empower, train and equip Youth to preach the gospel through the power of social media.

Our goal is to see every student, on every campus in every nation saved, discipled and sent.
learn more

The Well is a call for all women to awaken to intimacy unto advocacy believing for a great awakening in the nations.

As part of the One Voice Student Missions Creative Team, I am also a full-time Digital Missionary with the Jesus Club Team creating content on Tiktok, Instagram, and other platforms. We create daily Bible-based videos touching on subjects like Hearing the Voice of God, Depression, Prayer, and cultivating a strong relationship with God. As part of the Jesus Club Team, I have the complete honor to lead The Jesus Clubs Español TikTok Page, this account was created to reach Gen-Z and Millenials in Spanish-speaking countries and take the good news of Jesus to them through the digital space. I have seen both of our pages have immense growth not only in views, likes, and comments but in real students reading their bibles, fasting, and even getting baptized.

WATCH A VIDEO IN SPANISH