Seattle CHOP – What You Didn’t See in the News 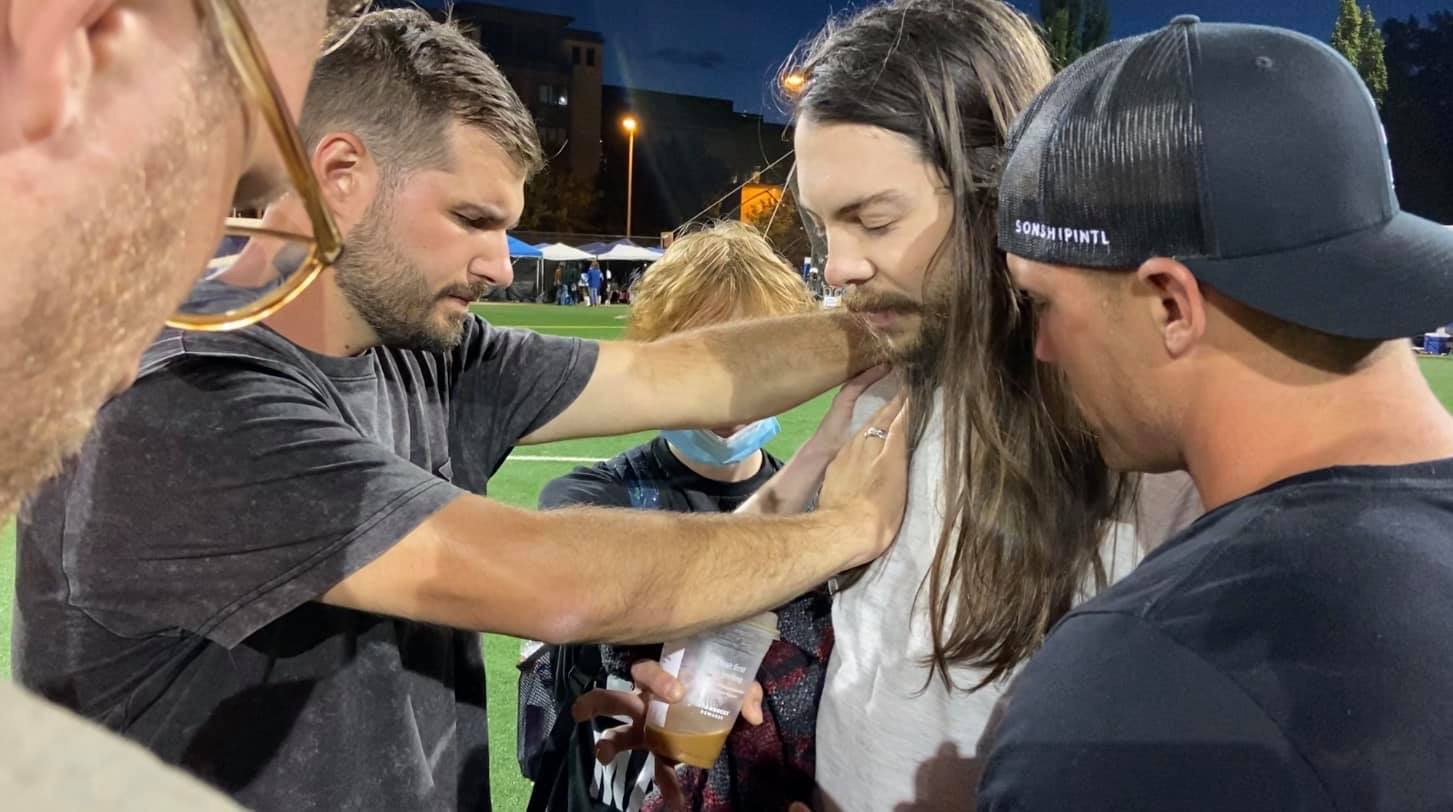 I don’t think I’ll ever be able to truly explain what happened a few weeks ago inside CHOP. As a group of Evangelists, my brothers and sisters decided to step into this place simply to love on people as best we could. Honestly, we were all blown away at what God did. With that said, I really don’t think the videos you’ve seen or will see could ever express the vast numbers of stories that came out of this move of the Holy Spirit. This is one of those things that you’d just have to be there to believe it. It’s taken me some time but after gathering as much info that I could from all evangelists, churches, and servants of God who came out I am completely in awe after hearing salvation story after salvation story. Multitudes of people came to the foot of the cross.

This all happened because a small window opened for us to pitch a little tent inside the autonomous zone to serve hotdogs. Before long, we were not only serving hotdogs, but hamburgers, steaks, buffalo chicken, handing out sweet tea, brownies, candy, fruit, water bottles, and much more. Because of the generosity of many, hundreds of people were cared for, loved, and honored! Those that sowed into this created the GATEWAY to a revival in the hearts of the lost, weary, and broken. As we began gaining trust with the people there, we brought out the speakers and began playing music. As time went on this little tent turned into a place where the hopeless could find hope, where the weary could find rest, where the lost became found. All of this proves one thing, love overcomes all things and Jesus is love. Hour by hour, day by day, Jesus people showed up from different places around the world who all had the same heart to build the Kingdom of Heaven together. The army grew and Jesus began to take over that area one person at a time. Here’s some of the results that you more than likely won’t see on the news:

I’m just grateful to have been able to play a small role amongst a group of Jesus lovers who made this all possible. With all this said I could share countless stories. Stories of the first baptism inside chop which you can watch here and also here. Stories of how we were able to gain respect and trust from the leadership there, stories about all the resistance we faced throughout the week. So many different stories that I’ll never forget but my favorite story was the day I witnessed a man experience the presence of God right there in the middle of the streets of CHOP. You can watch this here.

Do you believe in the power of prayer? Right now Jacob and his team are looking for people who have a heart to see the nations come to Christ. If you’re interested in joining our prayer team, click here.

P.S. — In a couple weeks Jacob, along with a large team, is headed to Africa to plan, organize, and prepare several gospel campaigns reaching tens of thousands of lost souls. If you’re willing, take a few minutes and create an account with Modern Day so you can sow a seed into this great harvest. He needs your help. Click here.