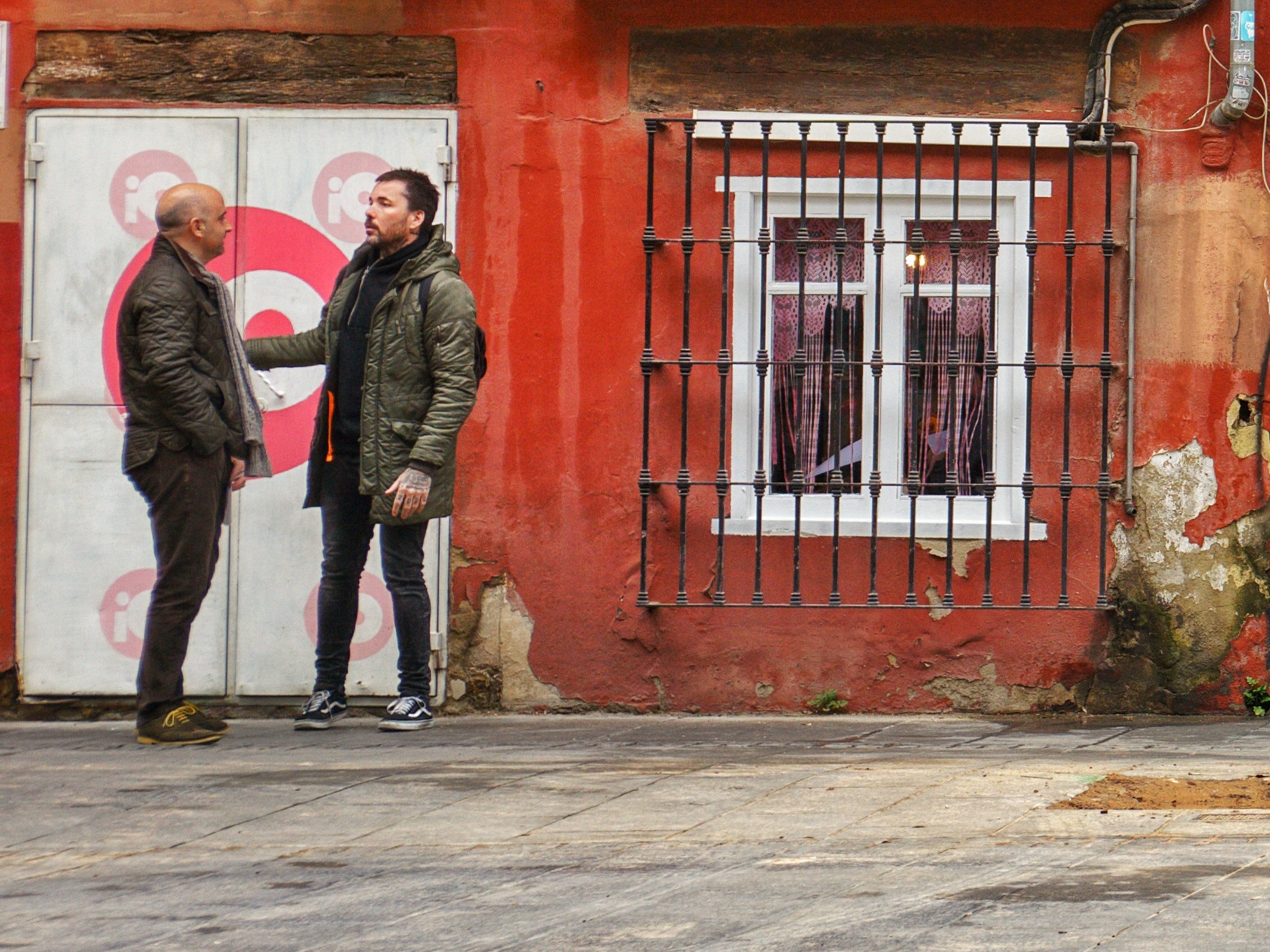 According to a study released this year by Barna Group – an organization that studies religious trends in the U.S. – a growing percentage of Christians believe that evangelism is optional. If my conversations on the topic with fellow believers are any indication, the reason an increasing number of them believe they can forego sharing the Gospel is because they don’t believe they are (or can be) equipped to do it effectively. This is a lie – one that is founded upon other lies, some of which I have written about in the past. For those who have not read my previous articles on this topic, here are the top five lies that I have observed to be the biggest hindrances to Christians living evangelistic lifestyles.

1. YOU SHOULD ONLY SHARE THE GOSPEL WITH FRIENDS/FAMILY
In my experience, people adopt this idea because of the notion that if they only share the Gospel within their circle of close relationships, their hearers won’t be offended. When thinking of what lifestyle evangelism should entail on a day-to-day basis, it is reasonable to focus your outreach primarily on those with whom you are closest. However, it is unnecessary (and unbiblical) to limit the number of people who are eligible to hear the message of salvation from us. Jesus’ earliest followers had no such scruples.
Paul, the apostle, had this strategy for sharing the news about Jesus: “Him we proclaim, warning everyone and teaching everyone” (Colossians 1:28). Speaking of the persecution he experienced because some were offended by the Gospel, Paul admonished Christians in general: “Be imitators of me” (1 Corinthians 4:16). When Philip, one of the original 12 apostles of Christ, was in the Mediterranean city of Azotus, “as he passed through he preached the gospel to all the towns” (Acts 8:40). Peter, who once was so fearful of speaking about his faith that he denied Jesus three times, “went here and there among them all” sharing the Gospel (Acts 9:32). As a general principle, Christians have the freedom and are encouraged to share the Gospel indiscriminately.

2. YOU SHOULD ONLY SHARE THE GOSPEL WHEN YOU ‘FEEL LED’
Some Christians believe that evangelism is only effective when the messenger feels an inner-prompting (theoretically, from God) to share the Gospel with someone. In practice, this is even more restrictive than the “only share the Gospel with friends/family” lie. That’s because some Christians either never “feel led” or are habitually disobedient to that inkling.There are only four examples of people being supernaturally led to specific people or places for the sake of evangelism: The apostles in Jerusalem after the Lord miraculously released them from prison (Acts 5:17-21), Philip preaching to a royal official from Ethiopia (Acts 8:26-39), Peter preaching to those who would be among the first non-Jewish believers in Jesus (Acts 10) and Paul with the first missionary contingent to reach Europe (Acts 16:6-10).A much more normal pattern for believers to follow is from Paul’s outreach to ancient Athens when he conversed “in the marketplace every day with those who happened to be there” (Acts 17:17).

3. EVANGELISM IS A CALLING FOR A LIMITED FEW
It is true that there are those called to be evangelists (Ephesians 4:11). Such people, as a vocation, seek out preaching opportunities in settings such as prisons, hospital visitations and mass events as well as churches. But even if evangelism isn’t your vocation, it should still be your priority. As a general principle, it should be ranked among every Christian’s top three priorities (only below serving your spouse if you’re married and your children if you’re a parent). According to Scripture, evangelism should be a natural impulse for someone who worships Christ.

Jesus told His disciples “whoever believes in me will also do the works that I do” (John 14:12), evangelism obviously being one of those works (Mark 1:14-15). Peter, writing to a general Christian audience, said: “You are a chosen race, a royal priesthood, a holy nation, a people for his own possession, that you may proclaim the excellencies of him who called you out of darkness into his marvelous light” (1 Peter 2:9). Paul praised the believers at Philippi – part of modern-day Greece – for being “partakers with” him “in the defense and confirmation of the gospel” (Philippians 1:7).

One reason Christians believe that only a small number of people should evangelize is that they think it always must be done in an abrupt manner, as often seen in the Bible, and they feel ill at ease about that. However, Christians have the liberty to use a variety of different methods in sharing the Gospel, as long as they share it holistically, respectfully and accurately.

4. YOU SHOULDN’T EVANGELIZE UNTIL YOU’VE STUDIED THEOLOGY
It is good to desire a deeper knowledge of the Gospel and its implications. The more knowledge you have about core Christian doctrines, the more intelligently you’ll be able to explain your faith to people – and to a larger number of people. Peter commands Christians to grow in knowledge (2 Peter 1:5). Paul often wrote of his prayers that believers would grow in knowledge (Philippians 1:9; Colossians 1:9-10; Ephesians 1:16-17). However, Jesus often used people to spread His message who only had an elementary understanding of who He was.

When Jesus healed a man, who had a lengthy history of being oppressed by demons, the man was so grateful that he wanted to join Jesus’ missionary team. Jesus denied the man, but told him “Go home to your friends and tell them how much the Lord has done for you” (Mark 5:19). After Jesus shared His good news with a woman from Samaria, she immediately went and told the people from her town about Him. As a result, “Many Samaritans from that town believed in him because of the woman’s testimony” (John 4:39). After Jesus ascended back to heaven and sent His apostles to preach, the religious experts of the day noted that Christ’s initial messengers were “uneducated, common men” (Acts 4:13).
It’s important that we are continually maturing in our knowledge of Christ. However, we shouldn’t wait to evangelize until we acquire a certain amount of knowledge; we should evangelize while acquiring knowledge – especially since the quest for knowledge about Jesus doesn’t end for His followers. Therefore, we should never be satisfied that we know “enough.”

5. THE KEY TO EVANGELISTIC SUCCESS IS SIGNS AND WONDERS
Some Christians think that evangelism cannot be successful (or will be minimally successful) if not supported by miraculous displays of power – or signs and wonders. This is not a mainstream fallacy, but it is common within my network of acquaintances. It is true that God has used signs and wonders as an evangelistic tool. During one of Jesus’ preaching stints in Jerusalem, “many believed in his name when they saw the signs that he was doing” (John 2:23). When Philip preached in Samaria, they listened to him “when they heard him and saw the signs that he did” (Acts 8:6). Unfortunately, the record of Scripture is that bare preaching produces just as many (or just as few) converts as preaching accompanied by miracles.

During another occasion in which Jesus was preaching in Jerusalem “Though he had done so many signs before them, they still did not believe in him” (John 12:37). The apostle Matthew’s account of Jesus three-year ministry records that at one point he “began to denounce the cities where most of his mighty works had been done, because they did not repent” (Matthew 11:20). Further, Paul rhetorically asked in one of his letters, “Do all work miracles?” (1 Corinthians 12:29). The answer was clearly, No, based on the context of that passage. The only ingredients that are absolutely necessary for a person’s conversion are a clear understanding of the Gospel and divine enlightenment from the Holy Spirit. Anything more serves a mere auxiliary purpose.