Trusting God with your Sleep 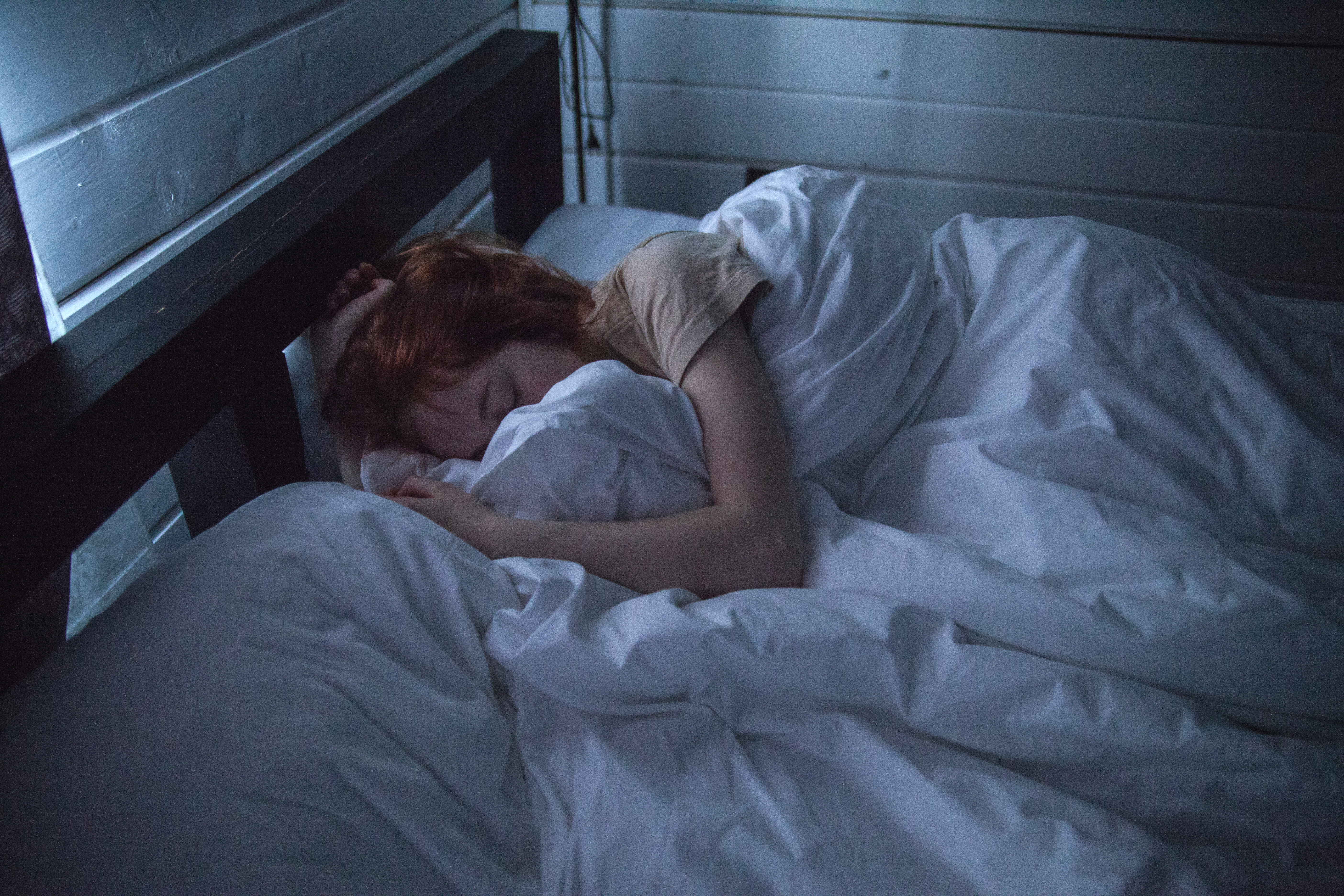 Growing up, I really never gave a second thought to sleep. It seemed automatic, a natural part of life that happens. You wake up, expend energy throughout the day, eventually getting tired and then you lay your head down and go to sleep. Simple. It was always simple until I went on my first International mission trip as a 20 year old college student.

I went to England with around 50 other college age people. We were going to serve for a week at a conference. I was pumped. Sleep was the last thing on my mind. Even further away from my mind was two words that all International travelers battle, JET LAG!! You mean the stuff that comes out behind the engines on planes (the white stuff lagging behind)?? Boy, was I totally unaware of what crossing six time zones can do to your body. It blindsided me and propelled me into a battle with sleep that has carried on for the past 18 years.

Sleep was no longer simple, it wasn’t automatic like before. Sleep was now connected to anxiety in my life. Sleep made me nervous. Sleep became challenging. Over the course of the next sixteen years, I traveled Internationally for mission trips about once per year. Each trip was a battle with sleep that continued even for a week or so after returning.

Then it all came to a head in the summer of 2017. For my work, I flew to Europe for seven days that would see me visiting six different countries. I was nervous about this, but the past several years had taught me that even though the sleep anxiety and stress were tough, I could manage for a short period of time. But this trip was different. For that week in Europe, I slept on average about 3-4 hours per night. Two nights I stayed awake all night, full of anxiety and stress knowing what sleep deprivation does to you the following day(s). For some people, sleep aids of various sorts work and maybe different types of routines, for others there is no such luck. I fell into the others category.

Upon returning from my European trip, I had several more sleepless night. Even the good nights saw me beyond tired and restlessly being up for hours before falling sleep early in the morning hours. I was miserable. I tried different therapies, I tried different over the counter drugs and nothing worked. At this point, I had been home from my trip for about a month and I was still sleep deprived. Sleep anxiety was controlling my thoughts. I was in a bad place.

Bad places are tough, but it was in this place that I began to trust God on a whole new level. You see, I’m a Christian and not just a nominal Christian, but one who really believes in the power of God at work in our lives. But where was God’s power when it came to my sleep? Couldn’t He make it automatic again in my life? At this point, I went into a place of deep communion with the Lord about my sleep. All that I was, I through upon His truths.

II Timothy 1:7, For God has not given us a spirit of fear, but of power and of love and of a sound mind.

Phillippians 4:6, Be anxious for nothing, but in everything by prayer and supplication, with thanksgiving, let your requests be made known to God; and the peace of God, which surpasses all understanding, will guard your hearts and minds through Christ Jesus.

Day by day, I began to meditate and go deeper in the scriptures like the two above. Many nights, all I could voice was, “God, I trust you with my sleep, please help me. I believe in your truths!” It was in this place of desperation where I began to feel the grace and mercy of the Lord minister to me. It was in this place of sleep deprivation that my trust and bond with my eternal Father grew and deepened. All I had was Jesus and He was enough. Slowly, my sleep grew more consistent and I began to get on a better routine. The sleep anxiety is still there, but it is manageable and submitted. The Lord is teaching me through this. He has my hand. Some days are much harder than others, but I know where to turn in those anxious moments in the late hours of the night. I turn to HIM.

Some might say that sleep anxiety in my life is like the proverbial thorn that was in Paul’s side. Maybe that is true, but regardless, I have a life God is calling me to live and just like Paul, I must trust HIM with every facet of it. Who knows, maybe Paul said it best..

II Corinthians 4:6-10,  But in all things we commend ourselves as ministers of God: in much [a]patience, in tribulations, in needs, in distresses, 5 in stripes, in imprisonments, in tumults, in labors, in sleeplessness, in fastings; 6 by purity, by knowledge, by longsuffering, by kindness, by the Holy Spirit, by [b]sincere love, 7 by the word of truth, by the power of God, by the armor of righteousness on the right hand and on the left, 8 by honor and dishonor, by evil report and good report; as deceivers, and yet true; 9 as unknown, and yet well known; as dying, and behold we live; as chastened, and yetnot killed; 10 as sorrowful, yet always rejoicing; as poor, yet making many rich; as having nothing, and yet possessing all things.

May God’s blessing be upon you all and may you all sleep peacefully at night!

***  There was a song written by Wayne Drain that he performed at Gateway Church (Southlake, TX). The song was written for people who battle sleep anxiety/deprivation. I believe you can listen to it on Spotify for free. Click Here!