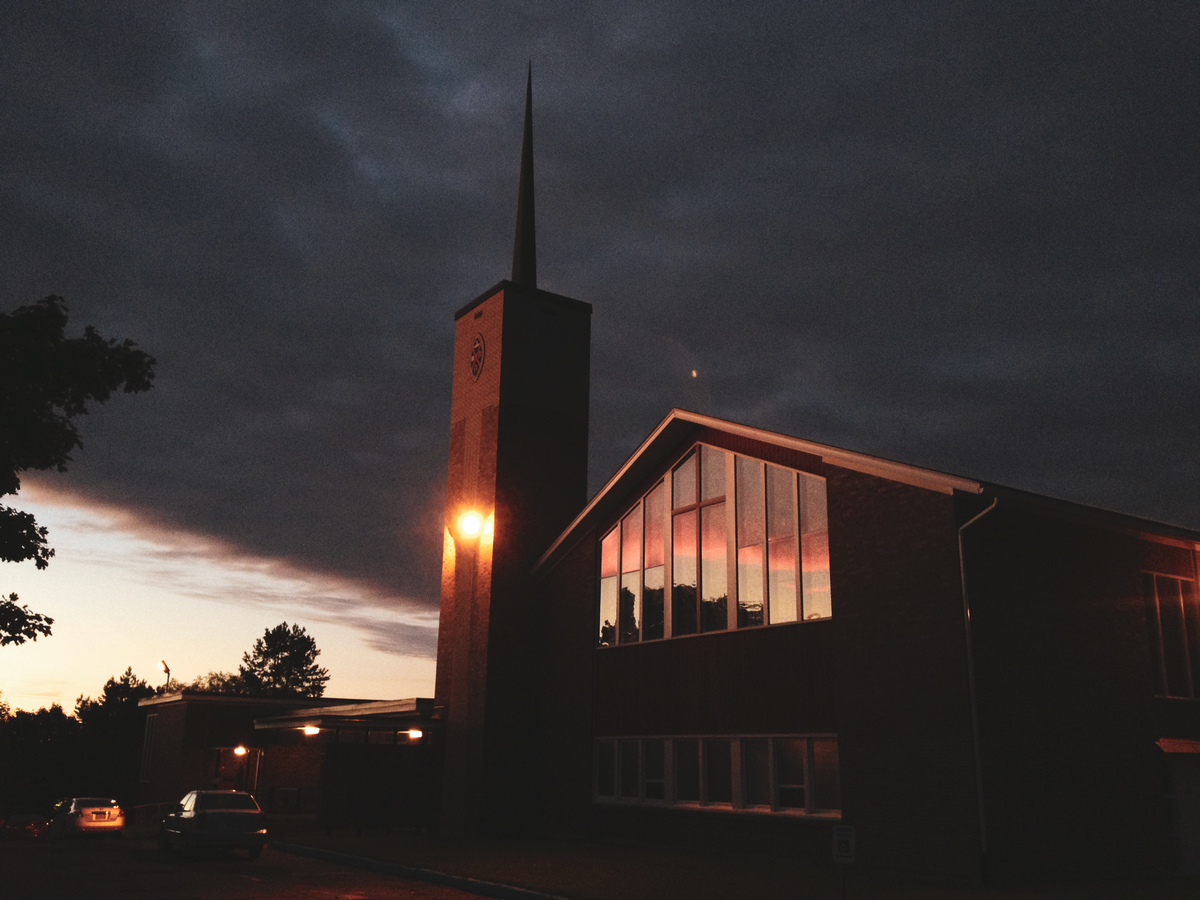 “The world has changed.”

How many times have you heard that phrase said since 2020? It’s the catchphrase that has no author, because it belongs to us all. We can’t stop saying it because we can’t stop seeing it. Everywhere. The world of missions is no exception. Far before the global pandemic legitimized the dramatic shifts in how we connect and do life, the changes had already begun to awaken missiologists to the new possibilities and necessary changes to how global missions are done.

Before looking into a few significant shifts in modern day missions, it is important to reaffirm that these examples of change are not push-back commentary on how things were done in yesteryears, or a criticism of the strategies once employed to reach a world that looked very different then the one we live in today. Modern day missions and those pushing the envelope of what can be done do so precisely in honor of the rich heritage of Christian missionary service and in hopes of extending that legacy to future generations.

It honors the past, and yet stays faithful to the future.

At a recent summit in Ft. Lauderdale, FL, hosted by one of the world’s leading missiologists, Dr. Rob Hoskins of OneHope, church missions leaders from around the world were invited to enter into the timely discussion of reimagining missions. Church leaders from Africa, the Middle East, India, South America, and North America were invited to share insights on what has changed and what needs to continue changing, driven in part by the global pandemic, but more so by how globalization and the digital era had already begun the process.   During the “Reimagine Missions” conference by OneHope (Nov.1-3, 2021), modern missions were introduced to more fresh vernacular on how to describe important shifts. Here are a few significant ones.

1. Leveraging of Technology and Embracing the Digital Age

I am a missionary now, but I was also an MK who grew up from the age of nine in Lima, Peru. I will never forget the day my dad came back from a trip to the U.S. with a fax machine. We were in awe! This was before the days of personal computers and emails.

I remember him plugging it into the transformer so that the 220 voltage did not fry out this marvel of modern technology. I remember the beeping and screeching of the dial-tone and wondering if there was a spaceship communicating with it. I remember him explaining to me what a game-changer this machine would be. He could now write out his newsletter or report and send the update in his own handwriting to a volunteer in the U.S. that would get it––at that same exact moment!––and proceed to type it up on their electric typewriter to then send it out via snail mail. He could hardly believe it as he explained it to us!

Modern missions looks like not using fax machines anymore when we have instant messaging apps, video call platforms, and YouTube Channels. It looks like not sending support letters out via snail mail and instead leveraging websites and social media platforms and podcasts to tell the story of what God is doing. For missionaries, it looks less like having a missions agency that receives donation checks in the mail to now partnering with agencies that provide secured online giving platforms and real-time financial updates and online customizable profile pages.

In the conversation of modern missions, there is an important part of recognizing the new tools and applications of them toward everything from fundraising to evangelism. Especially in a world thrown upside down by the global pandemic of 2020-2022, the legitimization and vital need for technology has been necessary to keep many missionaries on mission and connected to their support networks. Beyond that, there is a growing presence of digital missionaries who go into the virtual world of places like Tik Tok and Instagram to bring the Gospel.

Missions a generation ago were constructed around closed systems. Each denomination stayed in its own lane, had its own compound, and worked exclusively with other churches or missions projects within their denomination. Missions, in a figurative sense, were served up on plates that had dividers. The carrots could never touch the coleslaw or the mashed potatoes. The Assemblies of God or the Baptists or independent missionaries respectfully kept to their own well delineated corners of the plate. There was little departure from one’s missions board or sending agency and it was frowned upon to have ingredients touch.

Modern missions now look a lot more like a sizzling stir fry or a bright, colorful salad where plate dividers make little sense because each ingredient brings out the flavor in the other.  It looks like bridge building between existing and long historied missions organizations. It looks less like having to create or protect boundaries and more like extending our hands to help anyone who has made the cause of Christ its goal.

Modern missions looks like asking how we can help our counterparts in the same countries or regions to build synergy to accomplish significant cultural transformation together. There is a positive sense that we can do far more together if we lean on each other’s strengths and we share learned insights, research, influence and resources, both human and financial, with one another. In the space of modern missions you find a greater willingness, proactivity even, to connect with other organizations than perhaps a generation ago.

Another way of describing open systems is with the term “collab” popularized by the worlds of fashion, arts, and design.

When you have a celebrity collaborate with a fashion brand, the partnership usually garners more attention. In a similar way, when a church and missions agency or a known Christian communicator collaborates with a Christian development project, you see missions “collabs” that would have been rare at best in the past.

In the fall of 2021, Modern Day missions, which represents over 750 missionaries globally, did a “collab” with Grace and Truth International, a missions organization out of Nashville specializing in events that bring respite to missionary families. When Modern Day heard about the marriage conference for missionary couples in Latin America that Grace and Truth International was planning, they knew they needed to be a part of it.

An old school missions mentality would have said, “We need to create our own version of a marriage conference for our people.” But modern missions recognize that we are better together. Two mission organizations of two very different theological backgrounds worked together to ensure that missionaries stayed in their callings by serving their relational and emotional needs.

Another example would be how OneHope partners with thousands of local churches worldwide to see that every child has the opportunity to be exposed to the word of God. They have also partnered with Life Church to create YouVersion to increase children’s Bible literacy through innovative digital resources and experiences and have helped more than 1.8 billion children encounter God’s Word as of the beginning of 2021.Plates-with-dividers thinking competes for funds, wonders who will get the credit, and is concerned about uniformity over unity. Stir-fry’s and salad thinking couldn’t care less which ingredient is the star as long as the person eating it loves what they get and gets what they need. The goal is a win for the entire Church and not just one church.

Growing up a missionary kid, I have heard many nightmare stories from other missionary kids while on furlough or during deputation. The church visits were all scripted the same way, including being paraded on stage to play an instrument they were only marginally decent at or singing the song, “Thank you for giving to the Lord,” while a slide show of poor children or orphans was projected on the screen behind them.

Missions for many generations have leaned heavily on an emotional narrative that almost exclusively legitimized those serving in the 10/40 window or amongst tribes or hard to reach people groups. The more remote or exotic the context of the testimonies, the more legitimate the missionary effort.

Missionaries serving in urban settings that had access to running water or who slept without mosquito nets became somehow second rate in this narrative. Can we really call you a missionary if you have access to a Starbucks or a working toilet?

Thankfully modern missions have begun to successfully broaden the scope of possibilities by shifting the narratives of missions toward far more fruitful conversations. (Making missionary kids around the world celebrate that they can now focus on graphic design or video editing over those dreaded piano or voice lessons!) By doing so, the scope has been broadened and simultaneously begun celebrating missions efforts in global urban centers while awakening new missionary dreams in people who know they are not cut out for eating strange things or living without wifi.

In his book, Reimagine Missions, Dr. Rob Hoskins outlines 8 seismic shifts in missions narratives, all worthwhile shifts to become more deeply acquainted with. His book is available in a free ebook format here. The shifts are (pgs 27-32):

A brave new world of missions awaits a new generation of missionaries who beyond their zeal and passion, are willing to engage their brains along with their hearts to employ all the tools that are at their disposal. Tools such as technology and research and realtime connection with those who have been serving effectively for years around the world. The world is ripe for modern day missionaries that are shifting the narratives in ways that ignite younger generations that see the world very differently than those who have gone before us, inspiring them to take their place in the Great Commission. 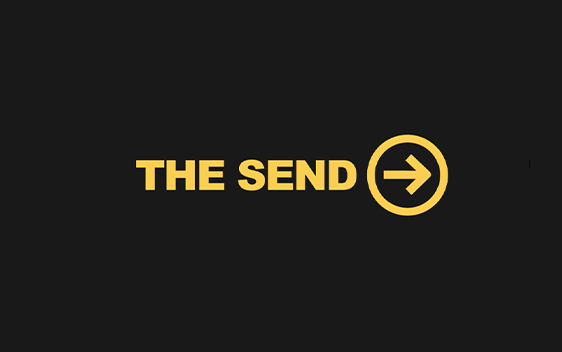 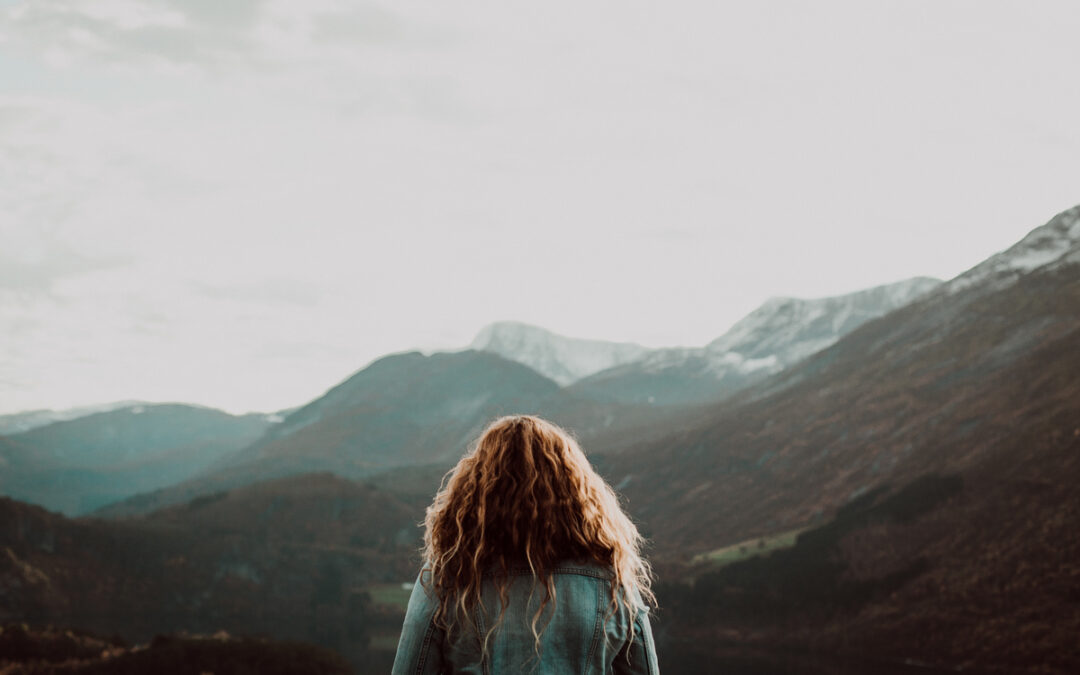 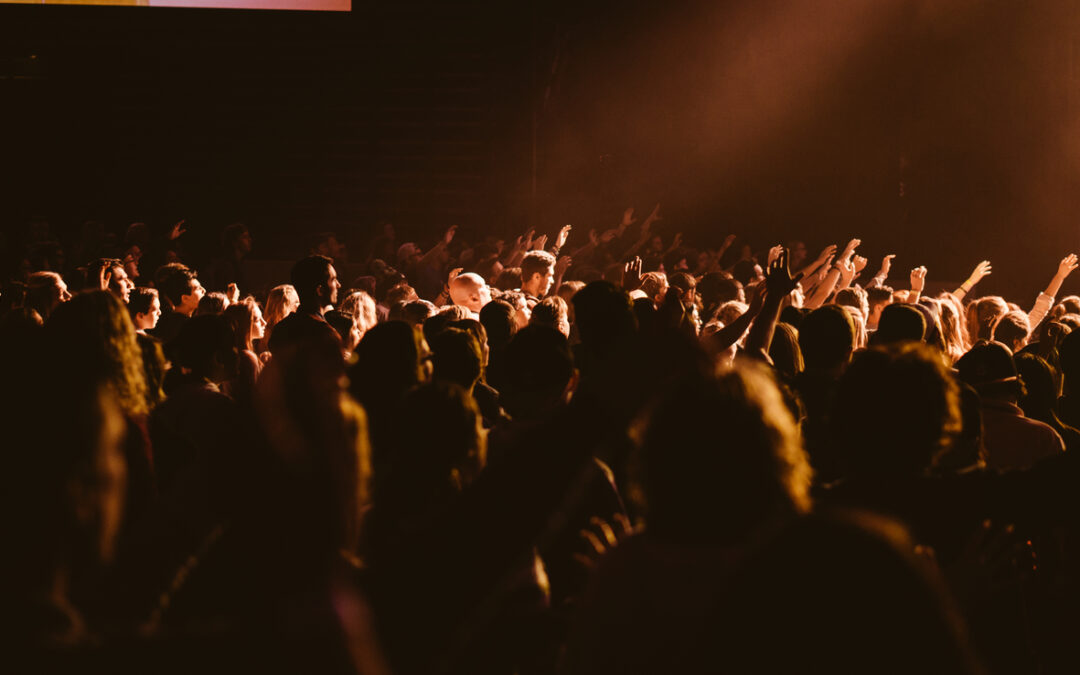 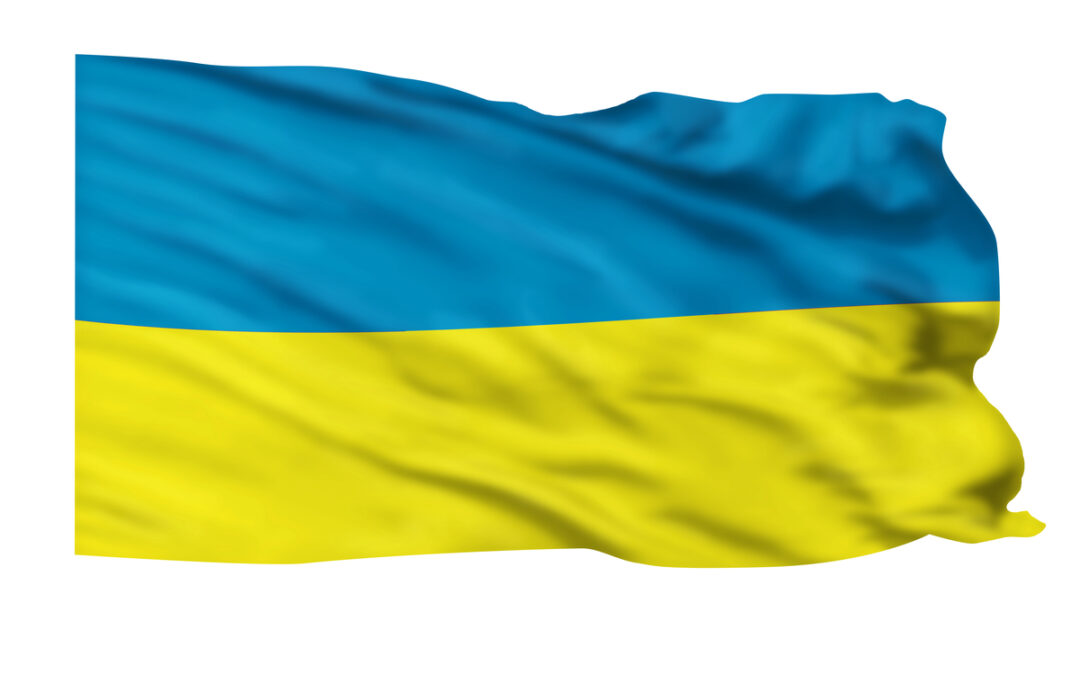 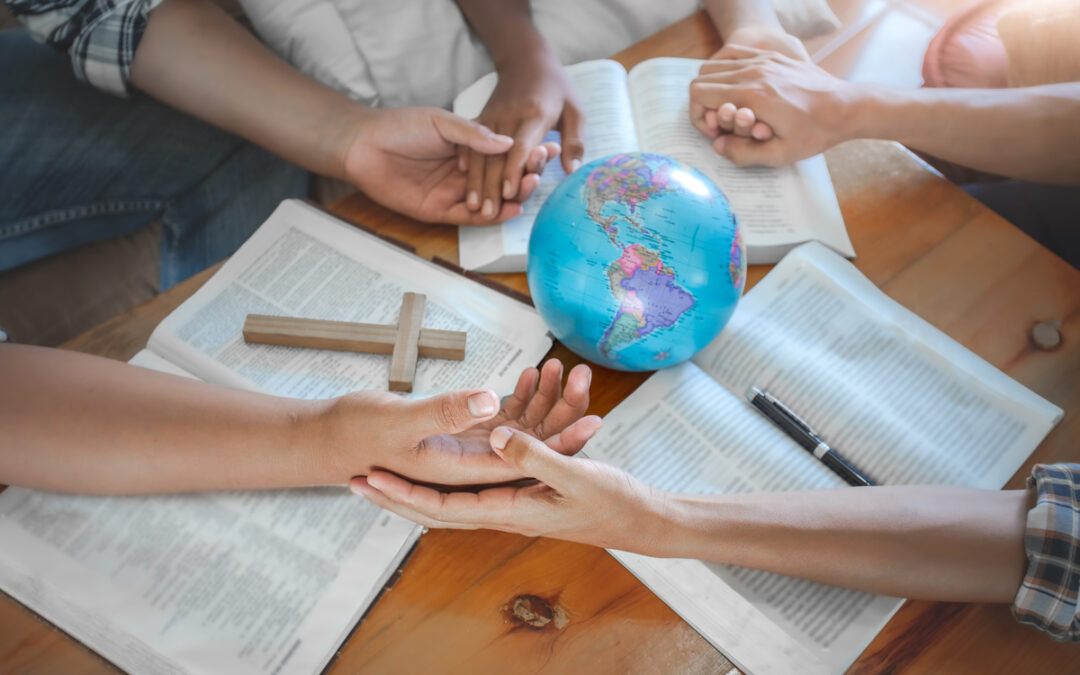 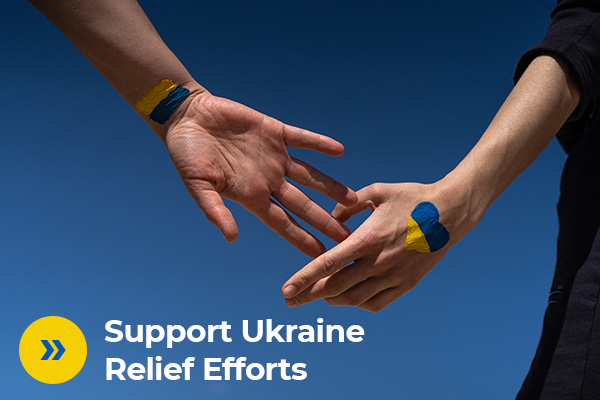