A Can of Worms and an Answer to Prayer 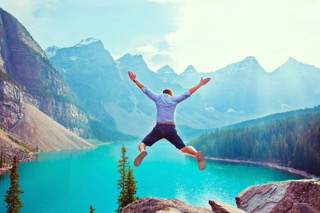 On a beautiful Saturday morning I heard my wife scream my name from the other room. Judging by the panic in her voice I knew that something was wrong. I dashed into the kitchen to see our trashcan overflowing with worms! Not your typical Saturday for sure, but believe it or not that trashcan was an answer to prayer. Funny enough, I had been reading in Exodus the passage about “mana,” if you tried to collect extra mana worms would appear and eat it.

That week I had been sensing that my current season was about to end and that God wanted me to quit my job and focus fully on our mission. While one doesn’t get rich working for Starbucks that was still half our monthly income. It was a scary thought, we had just had a baby and expenses only go up after that. My wife and I moved to France after we got married, we came because God loves France and our hearts burned to be here. The first year of our marriage, we took the time to intentionaly participate to the French cultural, I took a job at Starbucks and did a few hundred hours of french classes and while it was challanging we joyfully knew that our calling was here.

Back to my worm’s story! As all of this flashed to the forefront of my mind as I looked at the overflow of worms that had miraculously appeared all over the trashcan in less than a night. As I spent the next hour cleaning and thinking about God’s bizarre answer to my prayer, I knew without a doubt that I needed to quit my job. I felt the small voice whisper, “build my house and and I will establish yours.”

Audrey and I stepped out from that place of security and trusted ourselves into God’s hands. It was a “Mana Season” as we like to call it. From that day, we have seen the Lord work in miraculous ways. We never lacked and God has always provided exactly the amount we need. In one year as we continued to step forward in faith to build the foundations for the ministry here in France, God brought new partners to us who we had never even heard of but somehow they knew who we were.

Saying yes to God’s request to step-out allowed us to fully focus on ministering to the nation of France. In one year we’ve been blessed to be a part of 3 books being translated into the French language. God has opened the doors for Audrey and I to minister and teach at several events throughout the year. We also get to actively participate to see the next generation raised up in Godly principles as we partner with a youth ministry in the South of France. Growing slowly in relationships, we are now starting to partnering in prayer and worship with pastors from around the region. It sounds strange, but it all happened because we said yes to God after cleaning up a trashcan full of worms.