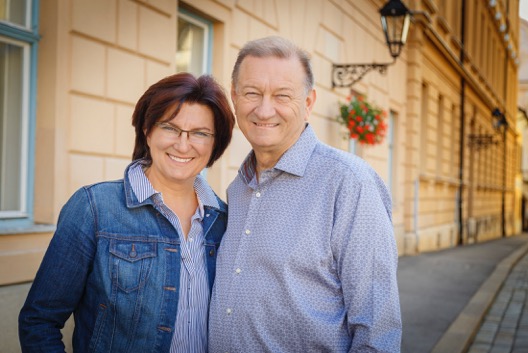 Jerry and Zuzanna Low are founders of Intentional Strategies for Transformation or the IST Group and reside in Zagreb, Croatia

Jerry and Zuzanna met while Jerry was serving as missionary in the former Yugoslavia. They were married in Subotica soon after. Due to brewing political turmoil, at the end of 1988 they moved to the U.S. For several years the Lows participated in mission trips to different parts of the world, but their burden for the Balkan countries never left them. Having raised their three children, Jerry and Zuzanna moved to Zagreb, Croatia, in 2013 to pioneer European Initiative’s Balkans Base. In their first year, the Lows hit the ground running and hosted 8 US teams and special events in 4 nations. The Lows have had tremendous favor with church leadership in the region as they worked to bring the Body of Christ together.

Having been in the region for nearly two years, God has given the Lows a vision more closely tailored to the specific needs of the Balkan region. At the end of this summer the Lows founded Intentional Strategies for Transformation. The IST Group exists to help alleviate spiritual, physical and emotional poverty in the Balkans and this vision is realized through three pillars: Prayer, Working with the Poor and Discipleship. The Lows are launching a house of prayer called Upper Room in Zagreb to create a place where all believers can come and experience the presence of God. Working with the Poor will encompass four main concepts: Crises help, Self help, Education and Employment. The Low’s heart is to help the poor in sustainable ways that will transform their lives and bring lasting change spiritually, physically as well as emotionally. Discipleship will be the last phase of development and it will encompass the first two pillars, prayer and the poor. This training will focus on practical application of the scriptures, life skills, and other much needed training in order for the believers to live out their christian faith.

The Lows are currently establishing the IST Group as a legal entity in Croatia, developing the website and looking for a permanent home for the Upper Room in Zagreb.