Lou Engle: A Calling Birthed From a Heritage 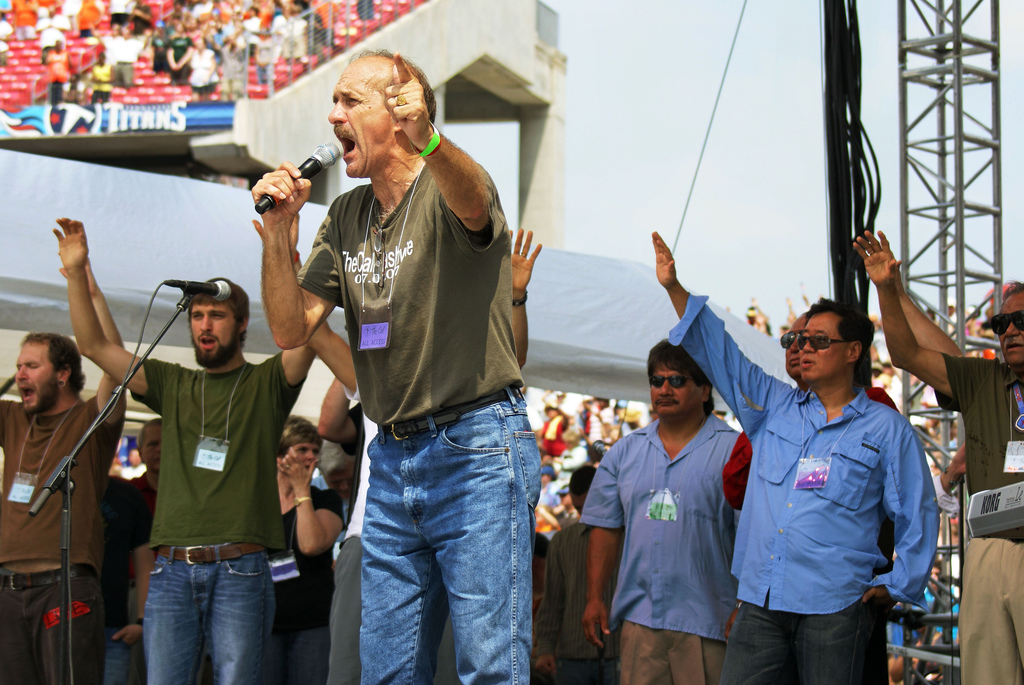 For the past 20 years, Lou Engle has made waves across the globe through his ministry, TheCall.

Raised up in 1999, TheCall was an answer to Engle’s prayer, “How can I turn America back to God?” It started with a gathering of over 300,000 people at the National Mall in Washington D.C., From there, the movement carried on and is responsible for gathering hundreds of thousands of people to fast and pray in preparation for a 3rd great awakening.

In many ways, Engle was destined to be a preacher and a revivalist. In the 1700s, his forefathers came to Pennsylvania fleeing religious persecution in Switzerland. There were 50 children on the ship, and all but one died of sickness.

The parents of the those who had lost children gathered around the Engle family and child and said that God must have a certain and specific destiny for that child. Turns out, they were more than right. Engle is an eighth-generation preacher!

Today, several of Engle’s own kids are serving in missions on foreign soil around the globe. They carry with them that same spirit of fasting, prayer and revival that has been so contagious and effected so many. His children are in some of the hardest and darkest places of the world fulfilling the cry of Engle’s heart since the ’90s of seeing thousands of young people sent to the nations.

In 2018, Engle announced an end to TheCall, but even though the name of TheCall is ending, the call to fasting and prayer will continue! In fact, Sean Feucht, a well-known Christian worship leader, was one of the young people in attendance at the National Mall event in 1999. Twenty-one years later, Feucht is carrying the torch with Let Us Worship events happening in states across the country!

Modern Day Missions is blessed by our relationship with Engle that has spanned over the past decade. In fact, his ministry, TheCall, was one of Modern Day’s earliest ministry partners.

Through this relationship, Engle kindly agreed to serve as the keynote speaker at one of the Modern Day Missions annual banquets. In his charge to the audience, he stated, “I want to see a worldwide ekballorevolution and Modern Day Missions is a key part of it.”

To date, 41 of Modern Day’s missionaries have been birthed through Engle’s ministries. We are grateful for him, and we rejoice with him over how many young people are being called and thrust to the nations for the glory of God!

This episode of Missions in the Modern Day is available on Spotify, Apple Podcasts & Google Podcasts.